Earlier, in 1936, the Tournai Cathedral was classified as a historical heritage of the French-speaking part of Belgium. It is considered that the construction of the Romanesque elements of the cathedral began in the first half of the 12th century. During the archaeological work carried out in the temple, the tombs of two bishops of Tournai Baldwin I and Radbod II were unearthed. Research has shown that there were other churches on the site of the cathedral in the past. The first one was built by order of the then ruler of Tournai Chlodwig I, of the Merovingian dynasty. 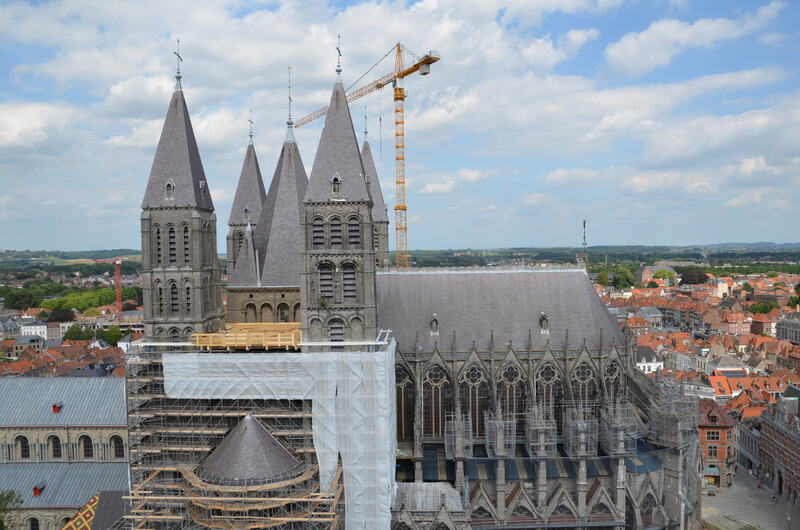 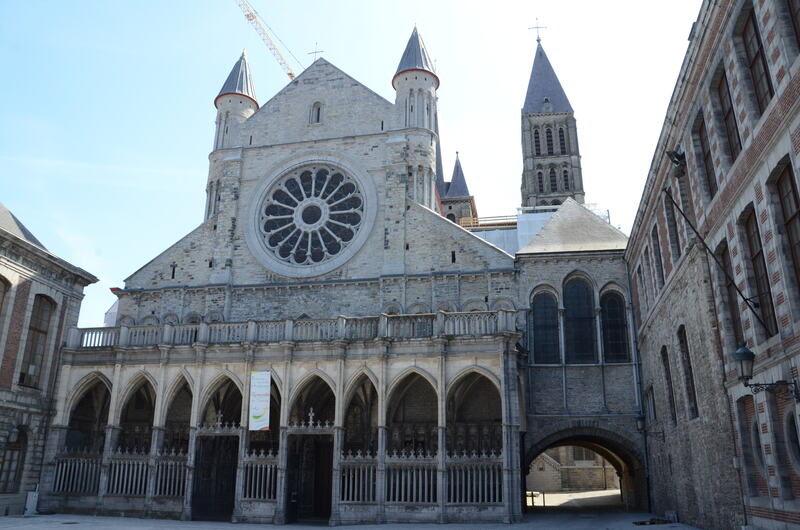 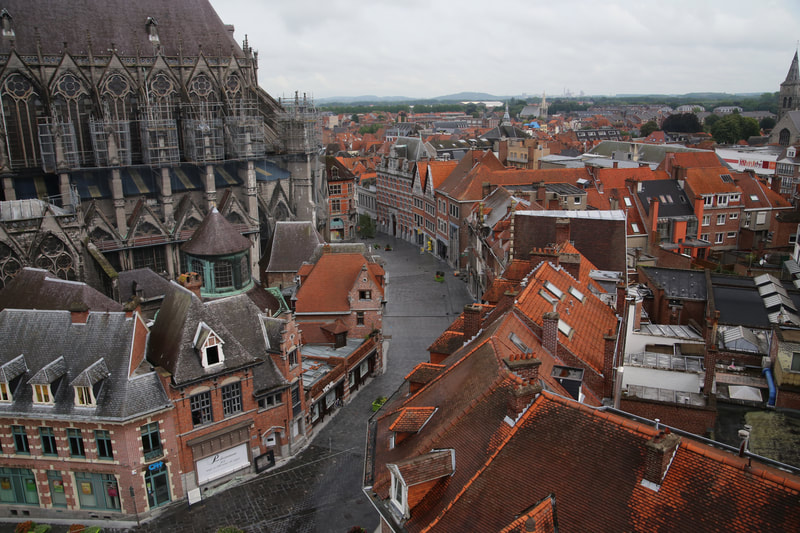 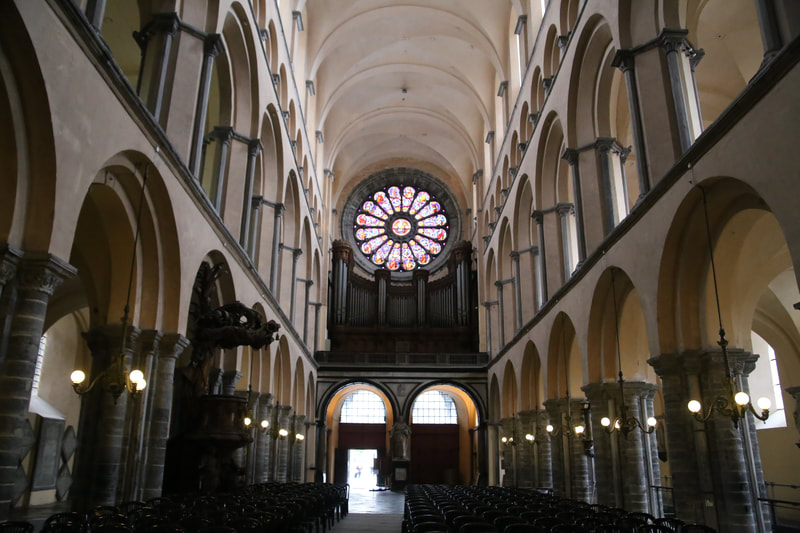 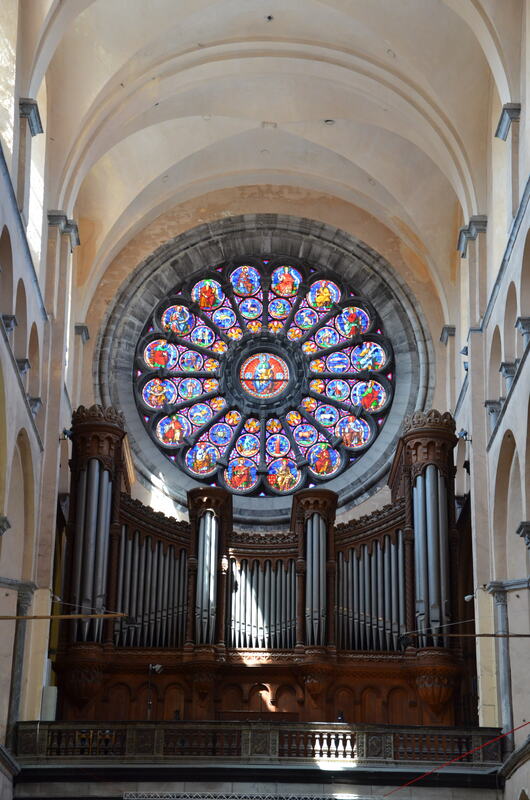 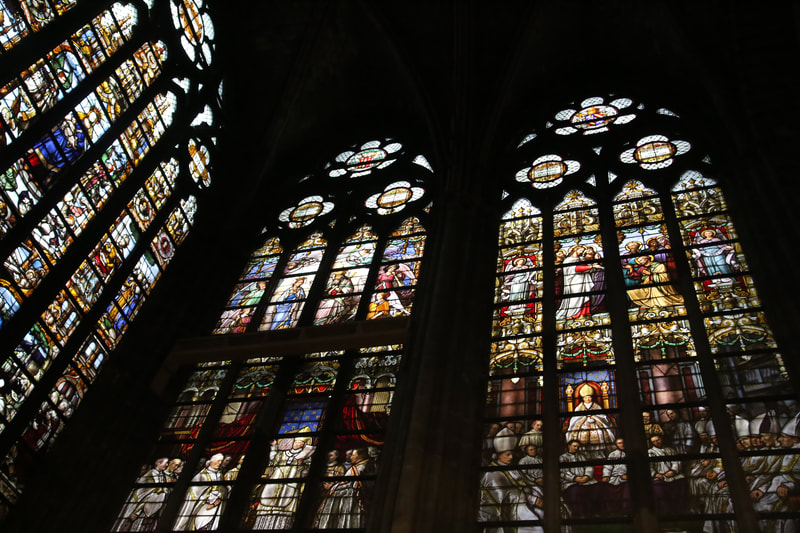 The dimensions of the temple

The construction of the Romanesque nine-span nave began around 1100. Its regular, four-level shape, reminiscent of an aqueduct, gives the impression of viewing buildings from ancient Rome. Above the entrance there is a beautiful neo-Romanesque rosette, seven meters in diameter, towering over the great organ. The western façade is an ogival porch with a double portal. Its lower parts are decorated with sculptures from the 14th and 17th centuries. They depict saints, episodes from the city's history, and scenes from the Old Testament. The temple has five towers. Four of them are seven storeys high and rise to a height of 83 meters. The fifth tower, located above the rectangular crossing of the naves, has six floors. The transept and the nave were consecrated in 1171. 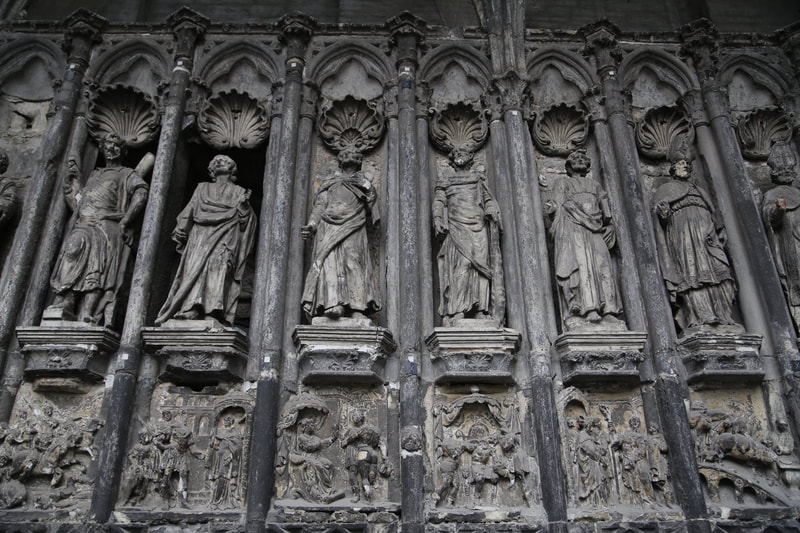 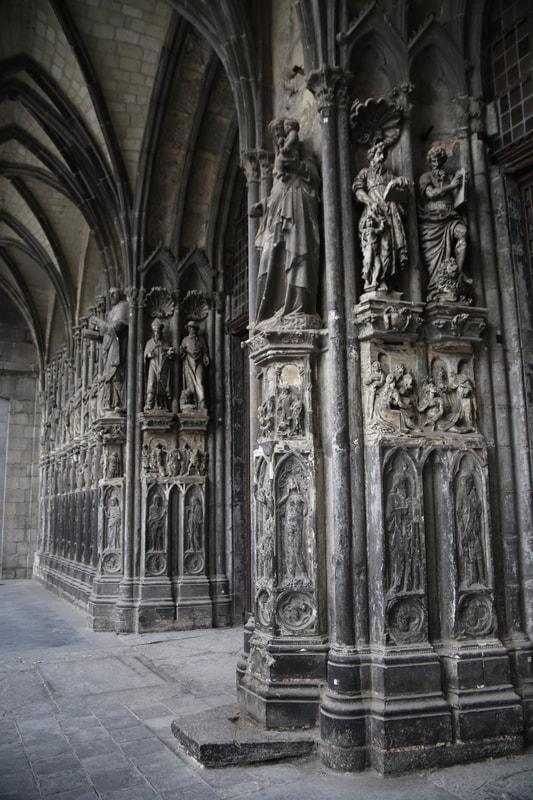 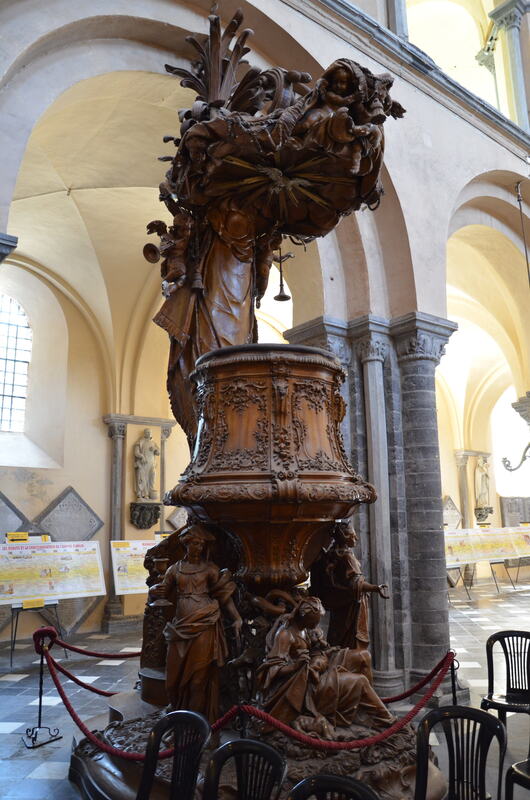 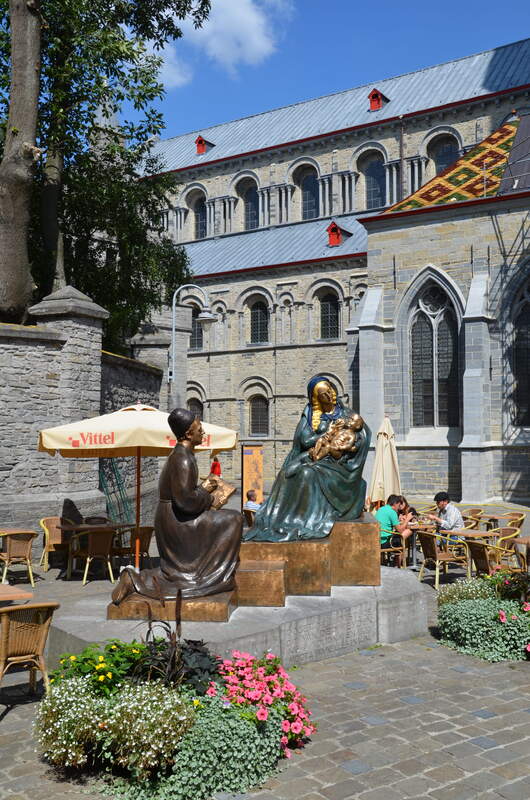 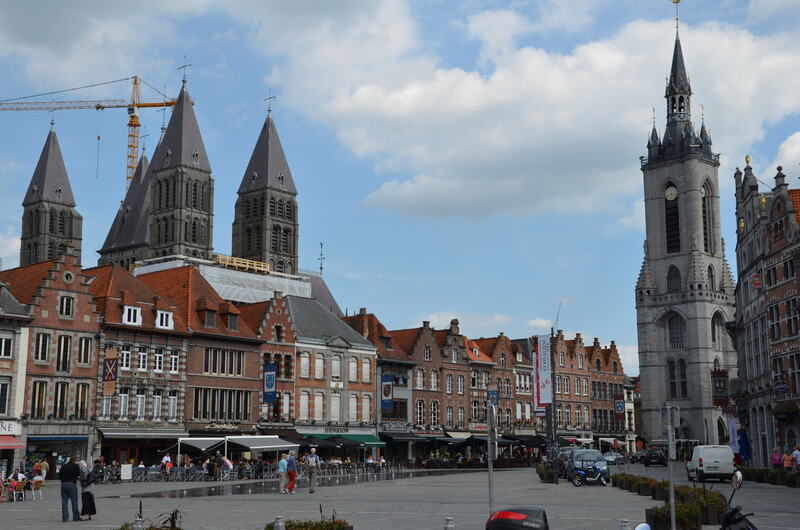 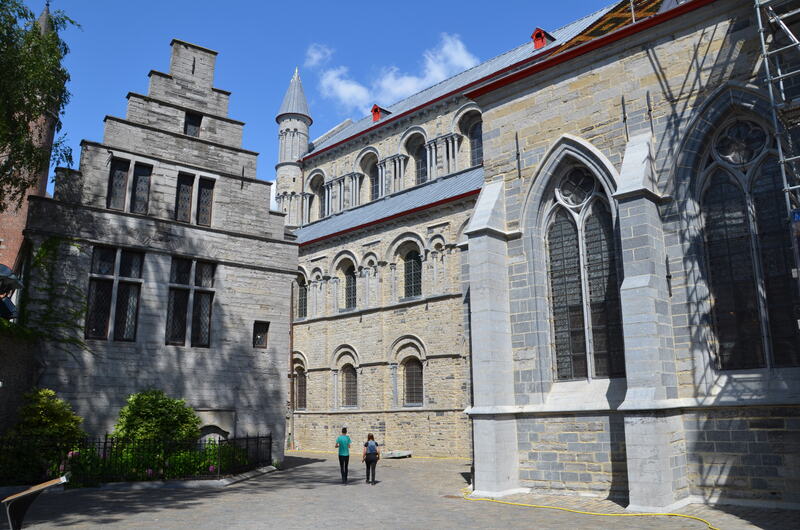 Interior of the Church of the Blessed Virgin Mary

During the iconoclast revolt raging in the Netherlands, many sculptures and valuable documents were destroyed. In the year 1794, the French revolutionary troops destroyed the cathedral again. In the years 1850-1860 the temple was renovated. The next restoration works took place after the Second World War. Currently, large-scale works are underway in the cathedral. For several years, the foundations of the towers that suffered from the tornado that passed over the city in 1999 have been strengthening.

One of the greatest treasures of the cathedral is the magnificent Renaissance rood screen created in years 1570-1573 by the Antwerp sculptor Corneille Floris. In the Gothic chapel of St. Louis there are two famous paintings: Rubens Free souls from purgatory, from 1634, and Crucifixion, painted by Joardens. From the outside, the chapel's roof is covered with beautiful colored panels, from 1729. Chapel of St. Vincent, which is a connection of the Bishops' Palace with the nave of the cathedral, is a great example of the beginnings of Gothic in the Scheldt valley. It was consecrated in 1198.

The treasury of the temple

Among the most valuable exhibits are two unique reliquaries. The first is Romanesque-Gothic châsse de Notre-Dame, from 1205, made by Nicolas de Verdun of silver-plated and gilded copper, decorated with sculptures of figures wearing folded togas and medallions depicting scenes from the life of Christ.

The second reliquary is châsse de Saint-Eleuthère from 1247. These two great examples of medieval goldsmithing were entered in 2011 on the Cultural Heritage List of the Walloon-Brussels Federation. The treasury also includes magnificent liturgical vestments from centuries ago, a collection of gold items and tapestries.

In February 2008, a group of armed men burst into the treasury, terrorizing workers and visitors with weapons. The priceless 10th-century Byzantine Cross, which has been in the Cathedral of Tournai since the 13th century, has been stolen, along with many precious treasures.
src = "/ files / theme / custom.js">
EnglishFrançaisNederlandsDeutschEspañoljęzyk polski