It is one of the oldest there in Europe. Its construction, started in 1868, took 10 years. The dam was built to supply water to the textile industry in Verviers. Today, its task is to supply the city with drinking water. The opening of the dam was inaugurated on 28 July 1878 year by King Leopold II.
The gravity arc dam on the Gileppe River in Jalhay was the first to be built in Belgium. Two receiving towers in the middle of the lake supply water to the turbines. In the years 1967-1971, works were carried out to extend the dam, the height of which was raised by about 16 meters. This increased the capacity of the reservoir to 26,4 million m³. 20 October 1971 King Baudouin re-opened the Gileppe dam. 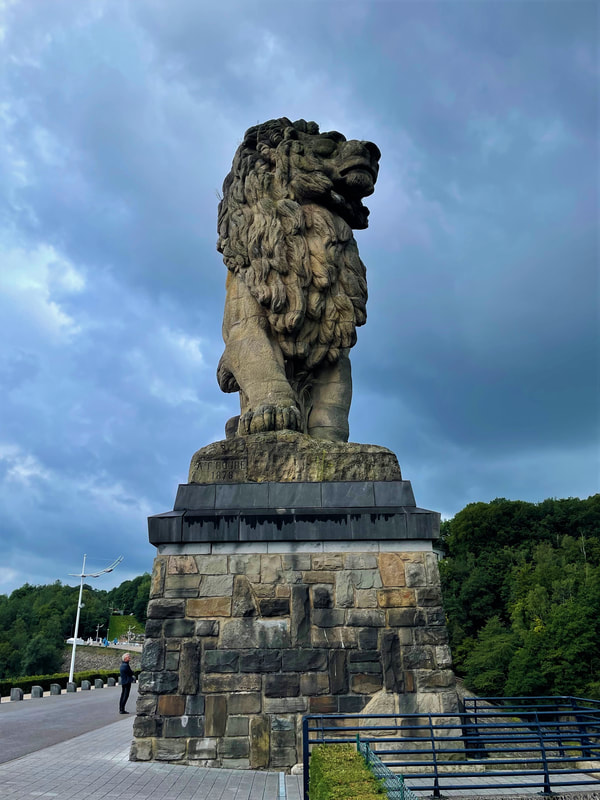 At the top of the dam, there is a monumental lion sculpture, created by the Belgian artist Félix Antoine Bourré. 13,5 -meter figure, built of 183 stone blocks, faces east. The dam and its beautiful surroundings can be admired from the top of the 77-meter observation tower. Tourists who prefer active holidays can go for a walk around the lake. The approximately 15-kilometer route leads through beautiful wooded surroundings. Children will probably be delighted with the Accropark, which offers various types of activities, including the rope park.
src = "/ files / theme / custom.js">
EnglishFrançaisNederlandsDeutschEspañoljęzyk polski