The small town, whose French name is Saint-Trond, was located about 20 kilometers west of Tongeren. It grew around the abbey founded in the 7th century by Saint. Trudo. After the death of Saint. Trudo abbey became the center of pilgrimages that brought assets to the neighboring town. The 11th century was a period of special development of the city and an increase in its population. At that time, Abbot Adelardus built the main church of the abbey and two churches in the city.
In 1129 year the city was surrounded by a stone wall. In the 13th century, the fortified Sint-Truiden, together with 23 the main cities, was incorporated into the Liege bishopric. In the 1467 year, the city was captured by Charles the Bold and from that period began its slow decline, which lasted until the nineteenth century. In the 1675 year, the city walls were pulled down, and during the French Revolution some of the religious congregations were dissolved and many monuments were destroyed. During the Second World War, one of the most famous Luftwaffe squadrons, the Night Fighter, was stationed here.

Church of the Virgin Mary in Sint-Truiden

This partly Gothic, and partly neo-Gothic building is the third church built in this place. The first was built in the 11th century under the leadership of Abbot Adelardus II. In 1086 it was completely destroyed by fire. The first mention of the second church built in this place comes from 1107 year, but the exact date of its construction is unknown. In 1399 the year the church was raised to the rank of collegiate church.
The eighteenth-century side altar of Saint. Lucy, oak pulpit (1773 year), neogothic choir stalls, brass baptismal font from about 1860 year. In addition, tombstones from the sixteenth and seventeenth centuries. You can admire the unique religious heritage in the treasury. Many objects come from the former Sint-Truiden Abbey. The most important are reliquaries Sint-Trudo and Sint-Eucherius, silver statues of apostles, gilded monstrances, liturgical vestments.

You can visit the town hall for free on the first Sunday of every month at 14.00. Register in advance!
info.toerisme@sint-truiden.be
Beguinage of saint Agnes-List of World Heritage UNESCO
Beguinage St. Agnes was built in the middle of the 13th century. In its heyday, over 200 beguines lived here. Most of the historic houses date from the 17th and 18th centuries. They were built in place of half of the wooden houses that burned down in the fire. In the year 1998 Beguinage has been inscribed on the UNESCO World Heritage List. There are thirteen on it beguinages from Belgium.
Beguinage Saint-Trond is not as beautiful as those in Leuven, Kortrijk or Lier. Historic houses are intertwined with those built today. What undoubtedly attracts tourists to this place is, above all, the church, and especially what it hides inside. This Romanesque-Gothic temple, with a turret on top of the roof, impresses with an impressive series of 38 murals from the 13th to the 17th century and the 17th-century organs considered to be the oldest operating organs in Belgium. Their creator was Christian Ancion from Hoei (1644-1646).
The interior of the church, apart from the pulpit, is devoid of any furniture. Once inside, the ubiquitous emptiness catches the eye. It allows you to immediately focus on these unique wall paintings depicting religious life in the Middle Ages. The raw interior of the church is enhanced by an old stone floor, wooden vault, and white-painted walls. This ascetic appearance of the church means that these wall paintings are the most visible. Beguinage it is located about 1,5 km from the center, but it is worth spending time to get here, because the city tour will not be full if you do not visit beguinage on the UNESCO World Heritage Site.
Tower of Saint Trudo Abbey
Saint Trudo, son of Count Haspengouw, founded the abbey in 664 year, which after his death in 693 year and later canonization transformed into a sanctuary. The abbey flourished, becoming one of the largest monastery complexes in the Netherlands. Around him, the city of Sint-Truiden began to form, which was granted city rights in the 11th century. In 883 year, the Viking tribes destroyed the church of St. Trudo. Emperor Otto I protected the destroyed abbey, and in 945 the abbot Adelbaro built a new church, which in the eleventh century was replaced by an even larger structure. 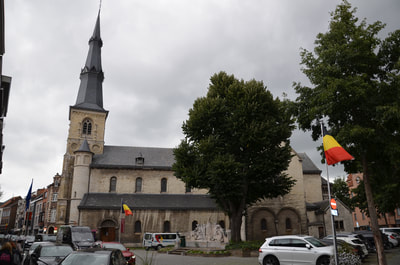 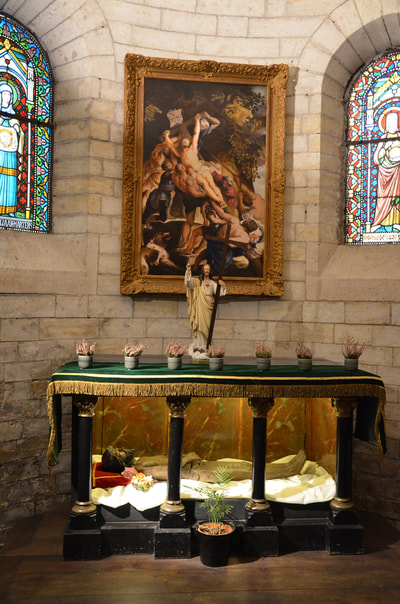 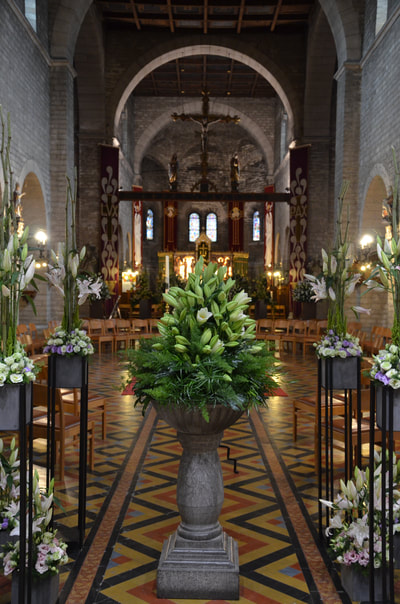 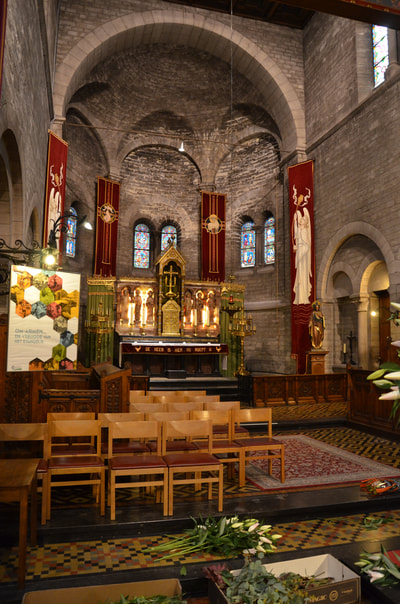 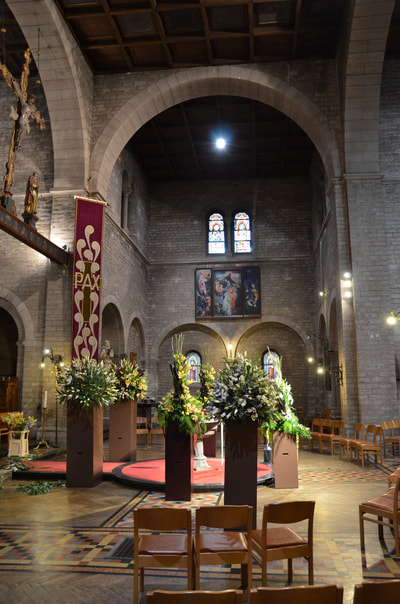 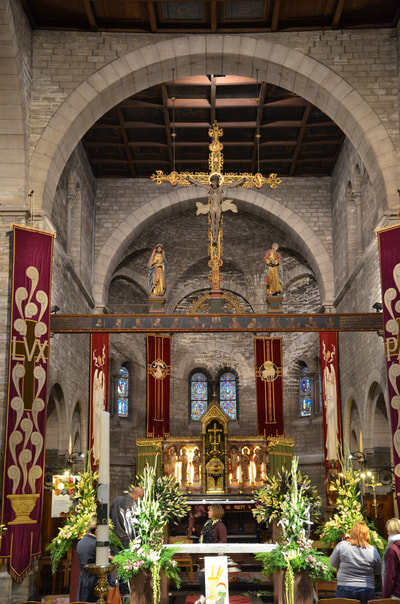 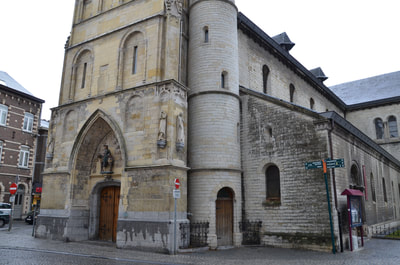 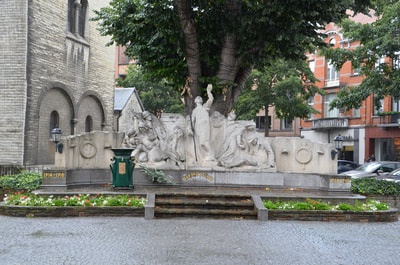