1941-1945
IN PROUD REMEMBRANCE OF THE ACHIEVEMENTS OF HER SONS
AND IN HUMBLE TRIBUTE TO THEIR SACRIFICES THIS MEMORIAL HAS BEEN ERECTED
BY THE UNITED STATES OF AMERICA
American Ardennes War Cemetery was established on 8 February 1945 in Neupré. Mainly intended for the burial place of the soldiers of the 1st US Army who died in Belgium. There are also buried here soldiers who died in the battle around Aachen, those who died during the so-called Battle of the Bulge, and American pilots shot down over Germany. The total area of ​​the cemetery is approximately 36,5 ha. The Belgian government, in gratitude for the liberation of the country, granted the United States the use of this land for all time. 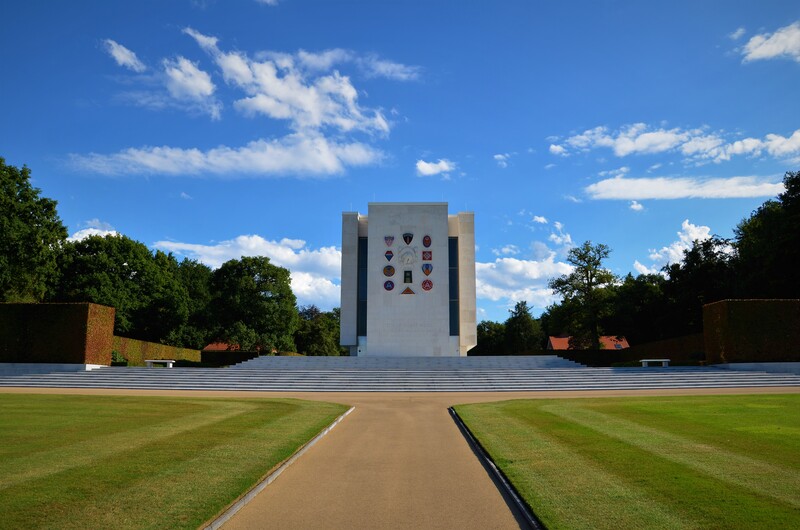 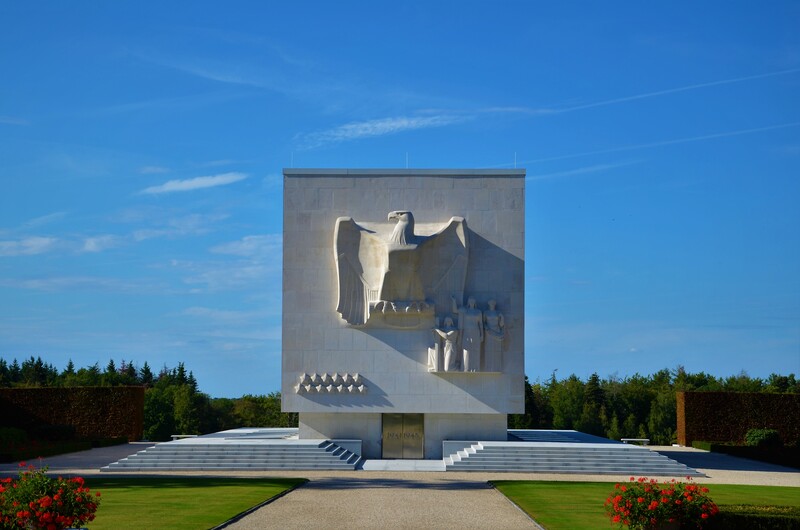 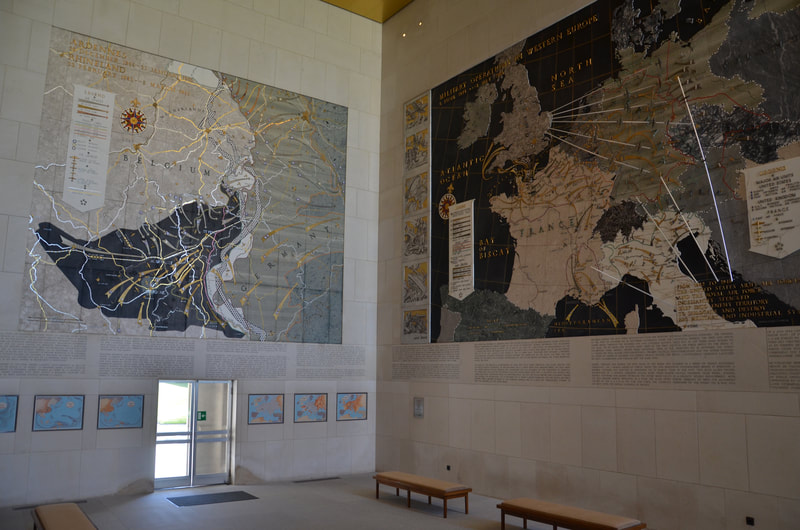 5328
American soldiers rest in this cemetery.

462
The names of the fallen soldiers, whose bodies have never been found, are engraved on the twelve granite tablets on the east and west sides of the memorial.

2
of soldiers awarded the Medal of Honor, the highest honor in the U.S. Army, rest in the Ardennes Cemetery. The first is Sergeant Charles F. Carey Jr., the second is Major John L. Jerstad.
Captain Darrell R. Lindsey was also awarded this medal, unfortunately his body was never found, so his name is on one of the twelve dark granite plates engraved with the names of 462 soldiers missing in action.
Works on the monument and the cemetery were completed on 11 June 1960. On the south side of the sanctuary, there is a five-meter-high sculpture depicting an American eagle and three figures, symbolizing: Justice, Freedom and Truth. The thirteen stars represent the founding states of the United States.

The interior walls are decorated with three impressive maps, made of marble mosaics in eighteen colors. They depict the warfare, from the landing in Normandy, through the Battle of the Bulge, to the final victory in May 1945.

The statue of youth, showing a young soldier holding a sword and a laurel wreath, reminds us that those buried here died during the most glorious period of their lives. They all embody the meaning of sacrifice.
KNOWN ONLY TO GOD - THE HEROES DIED ON A FOREIGN LAND
In several graves were buried two soldiers. In such cases, a sentence was engraved on the crosses HERE REST IN HONORED GLORY TWO COMRADES OF ARMS, at the foot of the cross there is a bronze plaque with the names and surnames of the fallen. On the crosses of 792 graves of soldiers who have never been identified is engraved a sentence KNOWN ONLY TO GOD.
Over the years, the number of those buried has changed. Often, at the request of the families, the fallen were exhumed, and their bodies were then buried in their homeland. There were also new burials of soldiers, found decades after the end of World War II.
Opening hours:
American Ardennes War Cemetery is open daily 9.00-17.00. During this time, employees answer any questions from visitors and escort relatives of fallen soldiers to their graves and memorial sites.