It is a small town in the northeast of Belgium, on the River Demer, 30 kilometers from Leuven. What distinguishes them from other small Belgian cities is its rich history and one of the largest Beguinage in the country, inscribed on the UNESCO World Heritage List. Prince Filip, the eldest son of William the Silent, is also buried in this former capital of the Duchy of Brabant.
﻿﻿﻿Beguinage of Saint Catherine (St. Katharinabegijnhof﻿﻿﻿﻿﻿﻿) it is undoubtedly one of the most interesting monuments in Diest. It is located approximately 10 minutes northeast of the Grote Markt. Beguinage has been included in the UNESCO World Heritage List. The main entrance is located at the mouth of the Begijnenstraat through a magnificent Baroque portal. There is an inscription under the portal Come into my garden, my sister and my bride. This quote is a biblical reference Songs of Songs.
The exact date of the founding of the Beguinage is unknown, therefore the year 1245 is assumed as the beginning of existence, when the Pope Inocent IV in the issued document provided special protection for the Beguines and the Beguinage of Diest. The first mention of Beguines was that they lived outside the walls of Diest. They leased a piece of land from the abbey of St. Gertrude. The abbey agreed to build a church and houses. In the second half of the fourteenth century, Diest expanded, that's why the Beguinage was included in the city.

Beguinage in Diest was inhabited by both rich and poor Beguines. When the rich Beguine wanted to build her own house in the Beguinage, she had to ask for the consent of the mistresses and the pastor. After the house was built, she could live in it until her death. She also had the right to indicate three Beguines, who after her death will live in this house. After their death, the house became the property of the congregation. 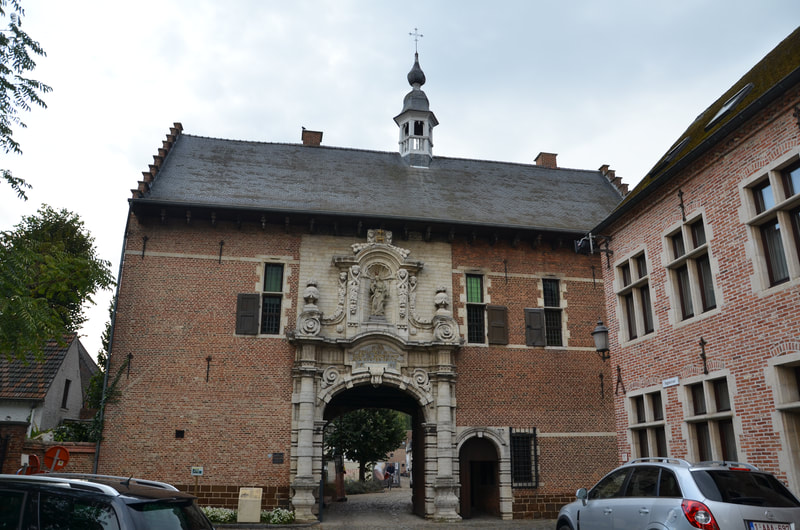 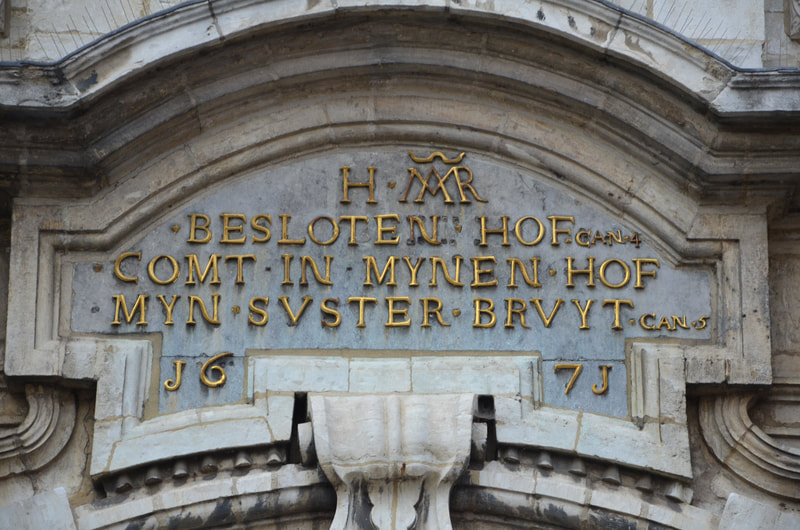 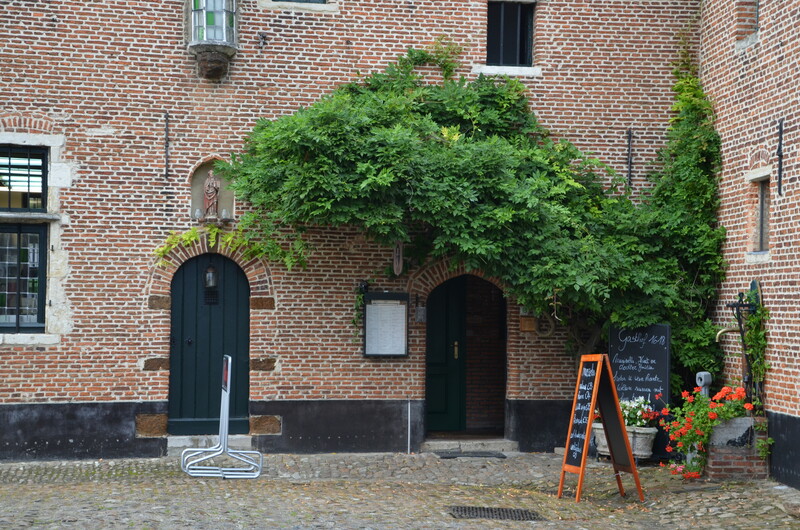 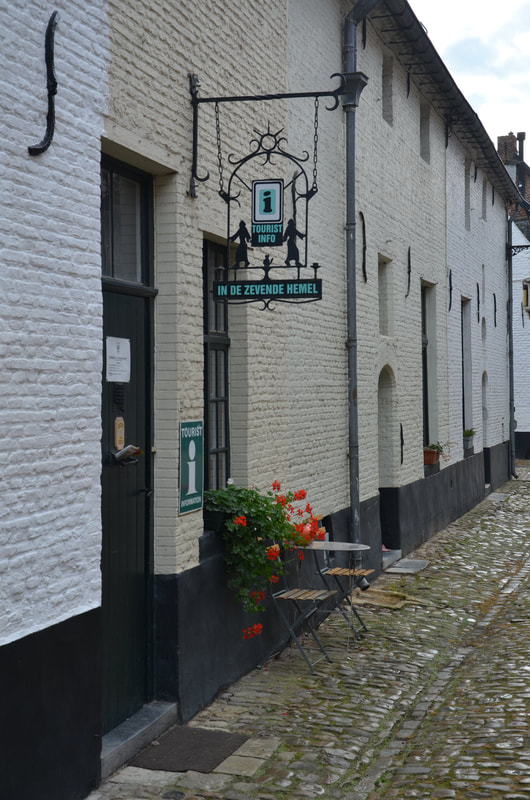 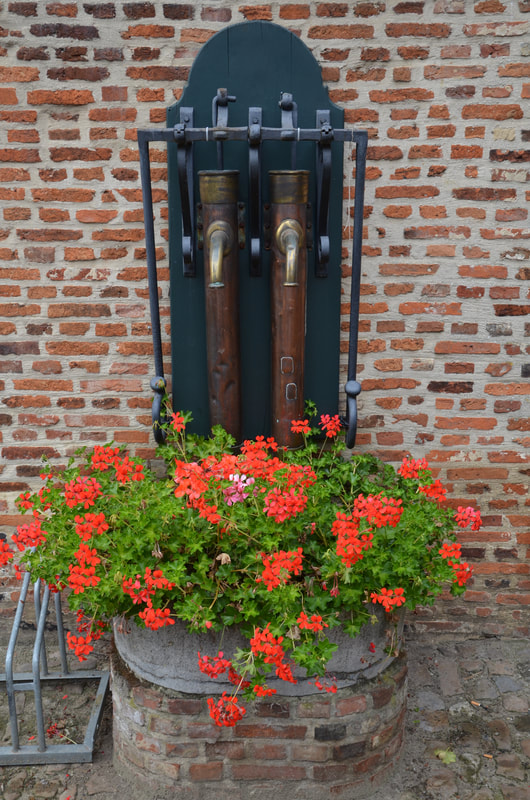 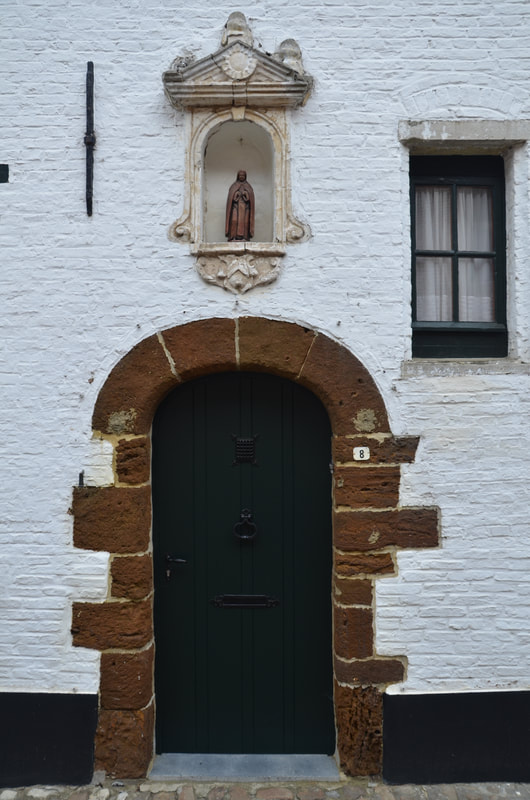 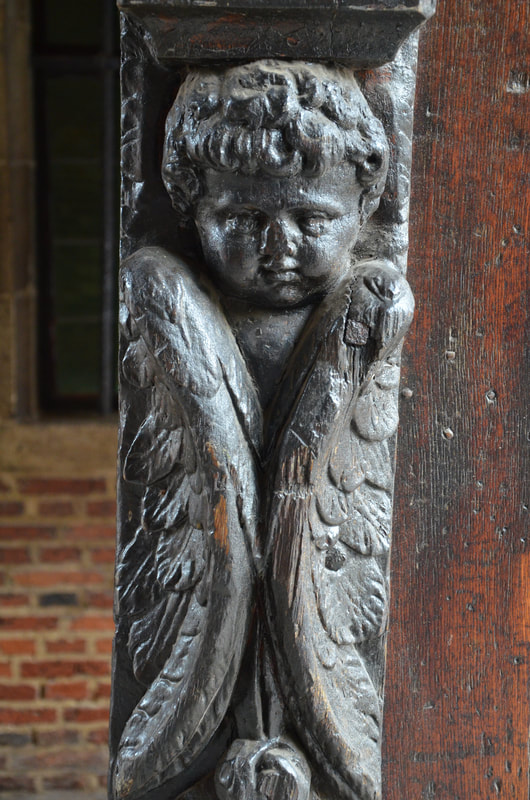 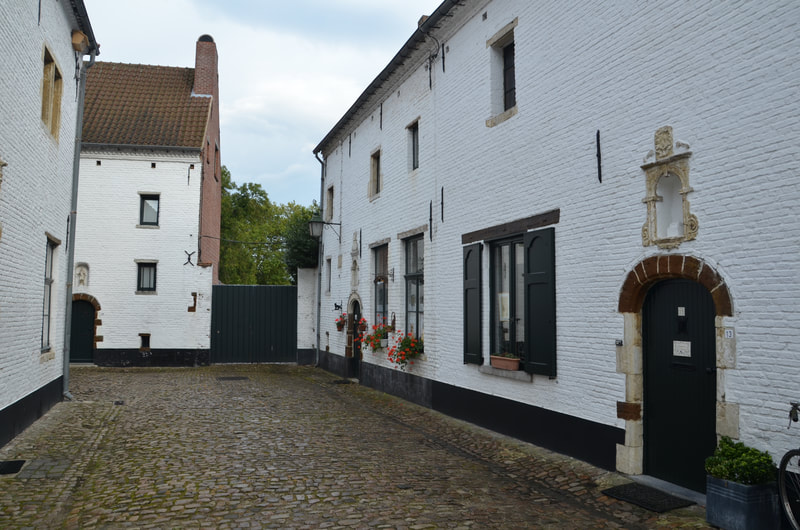 Beguinage was managed simultaneously by at least 4 postponed beguines (mistress). They were chosen by beguines living in Beguinage for at least 10 years. Beguinage also had a pastor, approved by Lord Diest. Financial matters were supervised by a secular administrator, assessed annually by beguines superior (mistress) and a pastor.

The greatest development Beguinage in Diest falls on the 17th century. It was then that beguines began to rebuild clay and wooden houses into brick. About 1665 in Beguinage there were about 100 houses, 1/3 of them were built of bricks. Beguines also invested in decorating the church with new works of art, as well as in the construction of a new entrance gate to the Beguinage, finally put into use in 1671.

New beguines had to go through a one-year trial period, during which they vowed obedience and chastity. After this one-year trial, they were able to settle in Beguinage, by buying a house or renting a room from a rich beguine.

The main occupation of beguines was the textile industry. They also dealt with the basic education of children. On the premises Beguinage had their own farm that met their nutritional needs.
Today, Beguinage in Diest is inhabited by ordinary residents. What distinguishes it from other Beguinages is that there are artistic studios, a restaurant, a cafe and even a tourist information office. Beguinage is open all year.
The next attractions that are worth seeing are located 10 minutes away from the Beguinage, on an unusual, irregular Grote Markt. We find here many charming 17th-18th century tenement houses, city hall (stadhuis), and above all, the church of St. Sulpice (St. Sulpitiuskerk).
On one of the towers of the church, called mustard, there is a carillon, consisting of 47 bells. He wins melodies every 15 minutes, from hours 9 to 21. Inside the church there are many treasures from various eras. We can admire the late Gothic triumphal cross above the entrance of the choir, the renaissance tabernacle, or the baroque pulpit and baptismal font, which was used during the christenings of the future Saint John Berchmans.
On the new plate, which was laid in the year 1965, there is a sentence in Latin:

To God, the highest and the greatest, here is buried the illustrious Prince Philip-William, Prince Orange, Earl Nassau, who died in Brussels on 20 February 1618 year. Rest in peace.

In the church is a permanent exhibition of Museum of Sacred Art (Museum voor Religieuze Kunst), whose main treasure is a monstrance planted with 220 diamonds.
Town hall (Stadhuis) was built in the years 1726-1731 according to the plans of William Ingnatius Kerricx. Brick and white marble were used for the construction. The whole building is crowned with the Diest crest on the large pediment. In the 1948 year, a new platform and a beautiful staircase were built. The Hofstadt city museum is located in the historic cellars.
While walking along the streets of Diest, it is worth visiting the street Felix Moonsstraat 1. It houses a very interesting sixteenth-century corner house, consisting of three overhanging storeys. The wooden skeleton of the house was covered with clay plaster. In this house we can notice external supports between floors. In 1591, President Adrian Vanden Hove, grandfather of Saint Jan Berchmans lived here. The popular name of this house is Gemettel. Since 1943 year, the house has been entered into the list of protected monuments. 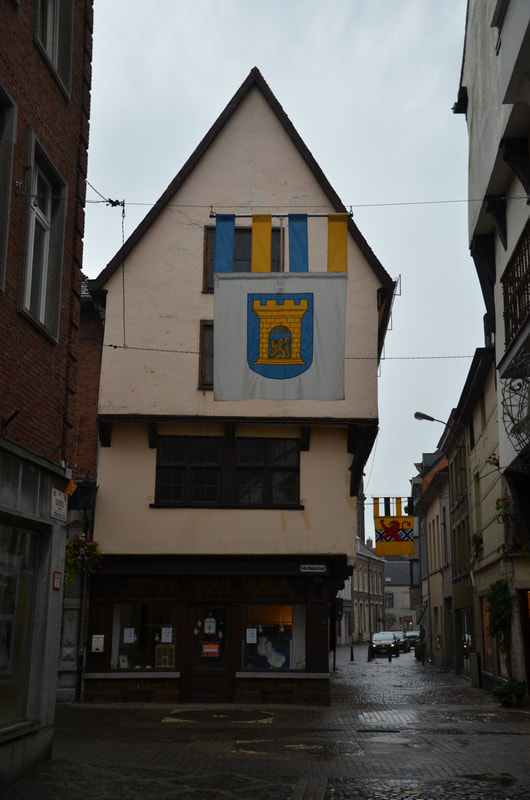 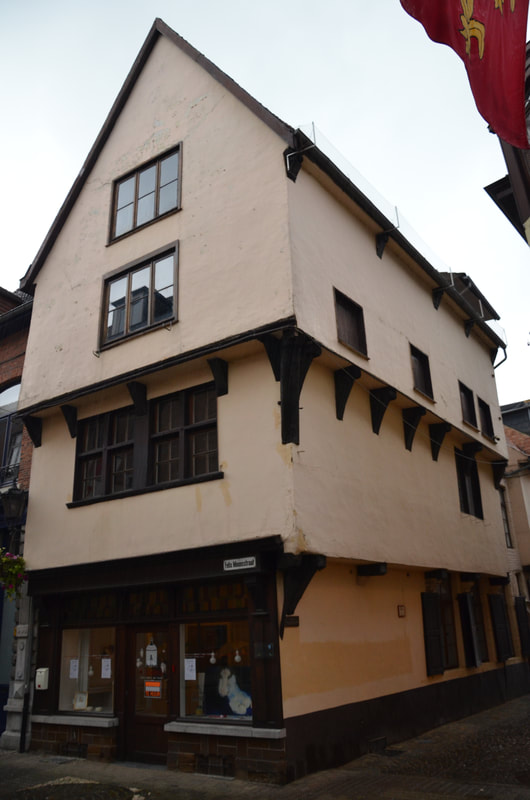 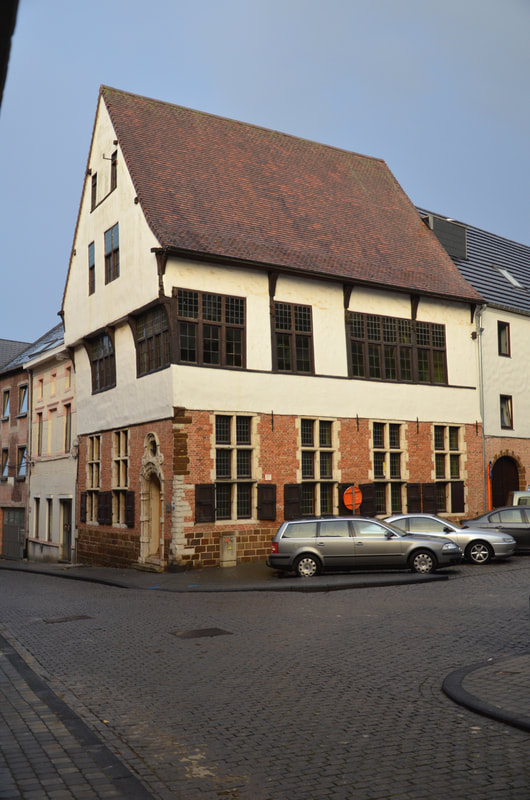 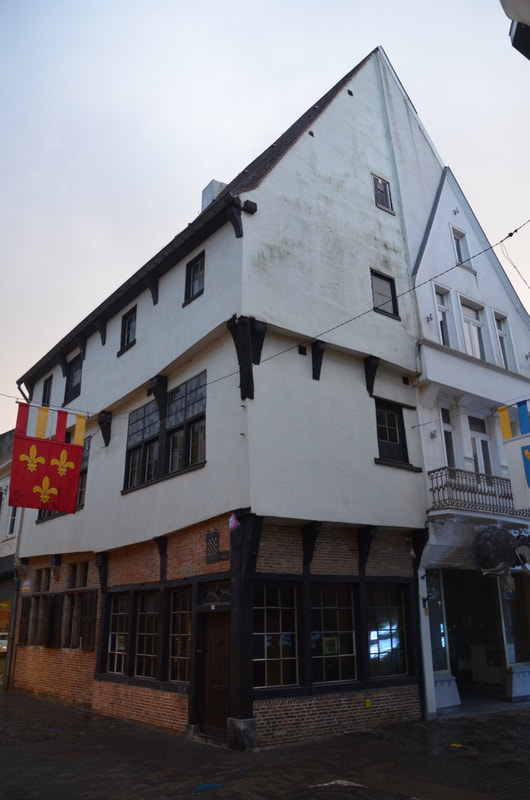 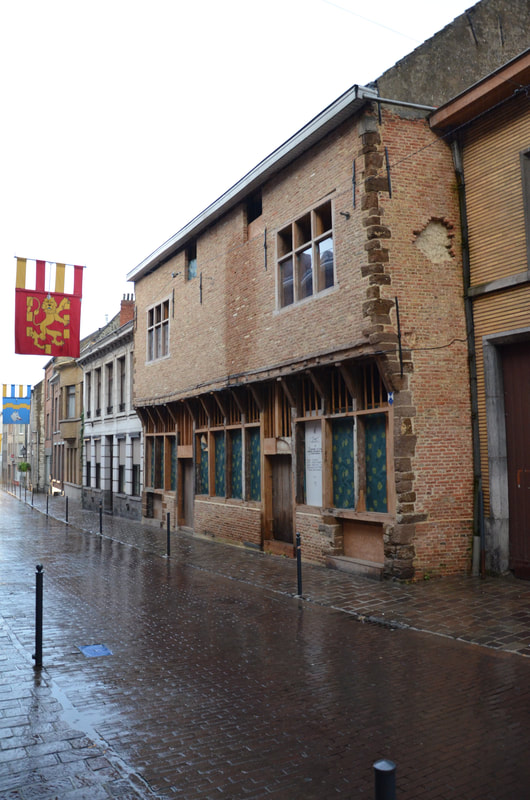 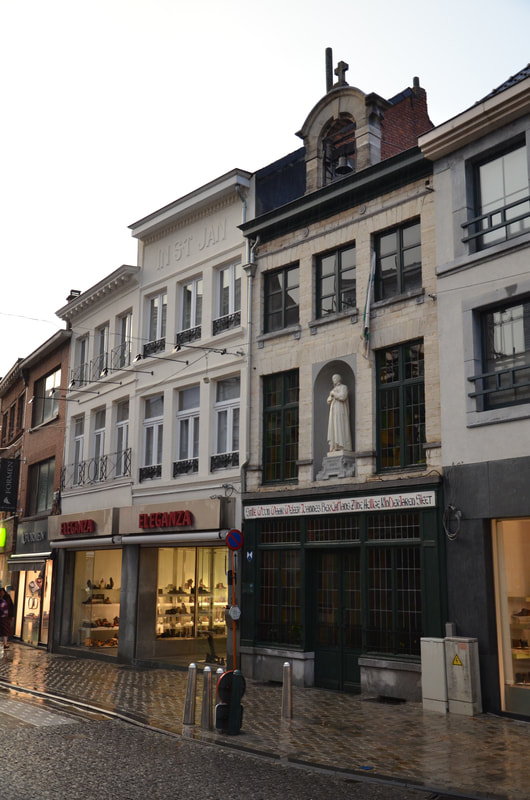 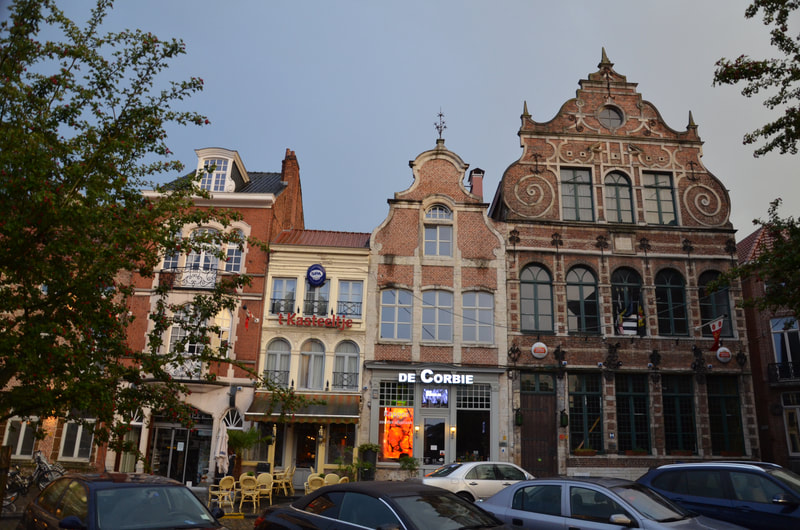 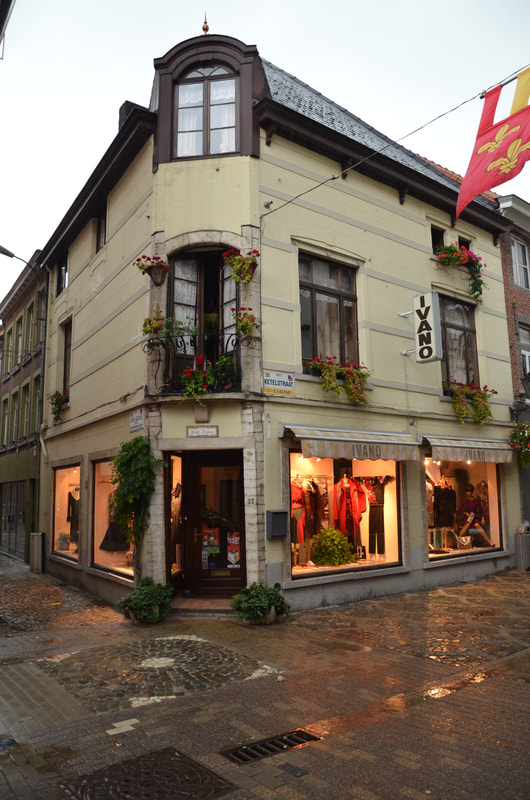 De Roskam- at Allerheiligenberg 16 street we will find another beautiful house from the 16th century. Like the house from the street Felix Moonsstraat 1 it was built of wood and clay. However, we have a brick base here. It is a two-storey building with a steep gable roof. The house has a beautiful arched, baroque entrance made of sandstone. Above it is an oval window. The house was built in 1705 year.
De Keyzer at Grote Markt 24 now houses the Leffe cafe. This building was originally built for the guild of archers of saint Sebastian in 1616 year.
De Gulden Maene at Sint-Jan Berchmansstraat 24 is the house where, on March 1, 1599, Saint John Berchmans, patron of students, was born. He died at the age of 22 in Rome. In 1888 he was canonized. The house can be visited for free, daily from 9 to 19.
src = "/ files / theme / custom.js">
EnglishFrançaisNederlandsDeutschEspañoljęzyk polski