"Industrial monuments of the highest quality"
At the turn of the 19th and 20th centuries, nine elevators were built. The only ones that operate to this day are four lifts from the Canal du Center. In addition to elevators, you can also admire many interesting buildings, such as: locks, rotating bridges, drawbridges, power station rooms, especially at elevators no. 2 and 3. In the 1998 year, lifts have been included in the UNESCO World Heritage list as "top quality industrial monuments".
Principle of operation:  Elevator number I on the Houdeng-Goengies section consists of two mobile compartments, each of which is supported by a single hydraulic piston, which is connected to the pipe in such a way that when one compartment is at the top of the bay, the other is located at the bottom. When one compartment leaves as a result of the introduction of water from the above-mentioned river, the second compartment begins to rise.
Elevators number 2 (Houdeng-Aimeries), No. 3 (Bracquegnies) and No. 4 (Thieu) were built thirteen years later than elevator No. 1 and have several modifications to make the operation easier. However, the basis of operation remained the same. Modifications have only been made; control method, hydraulic plunger and gates. 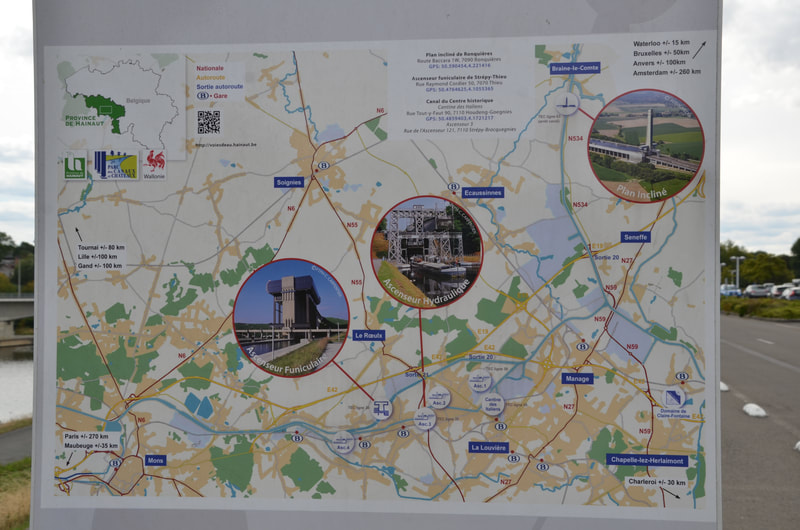 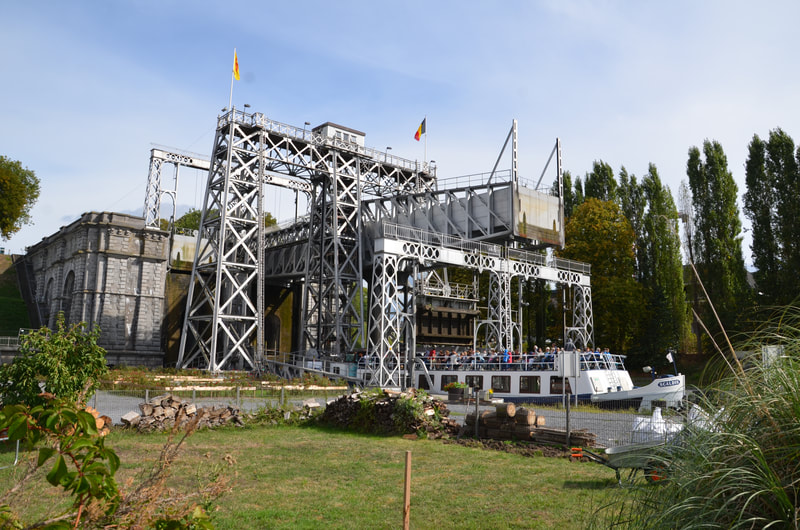 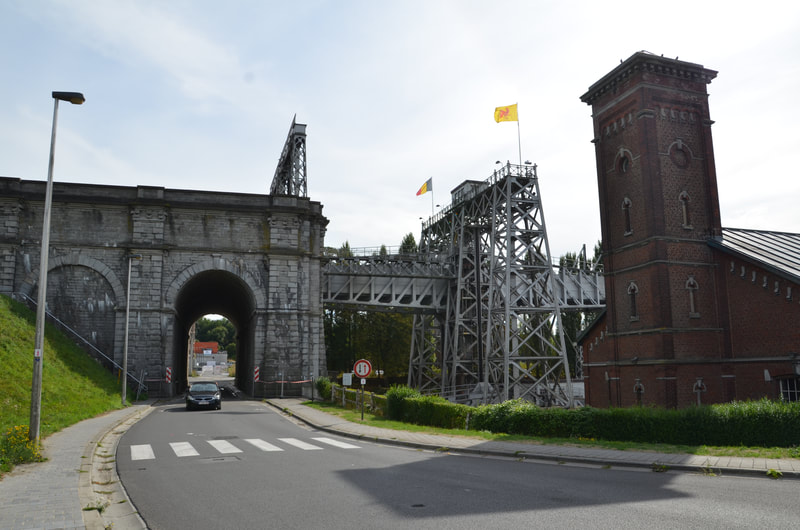 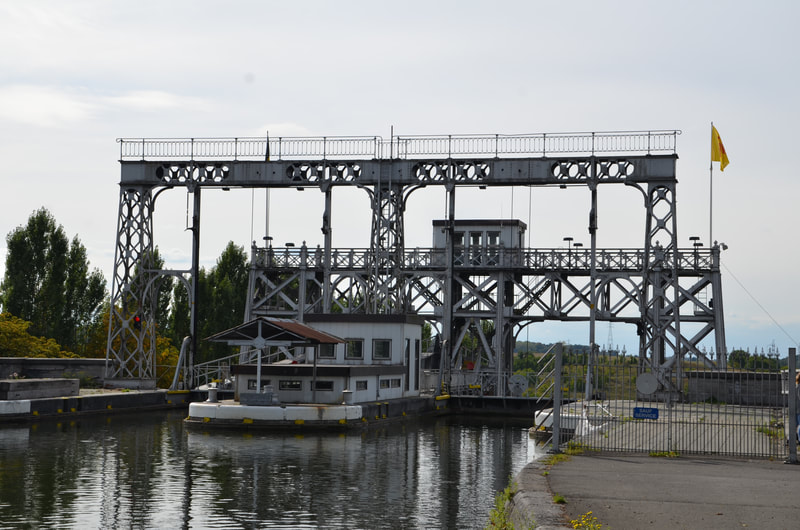 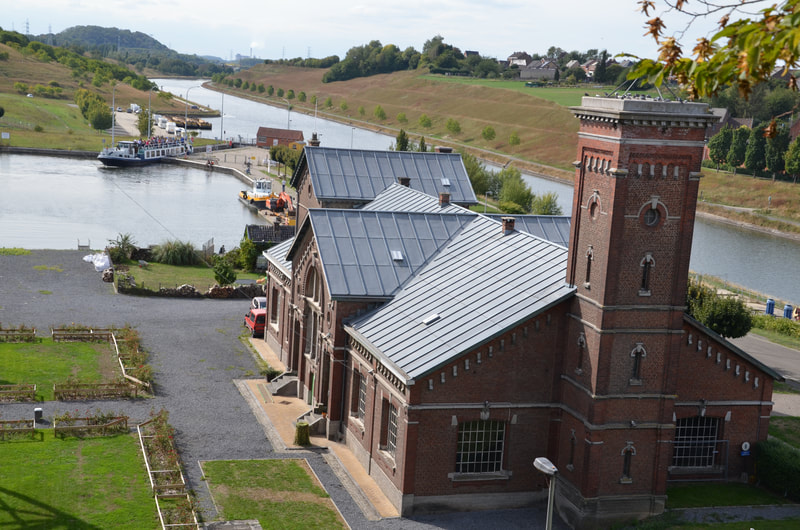 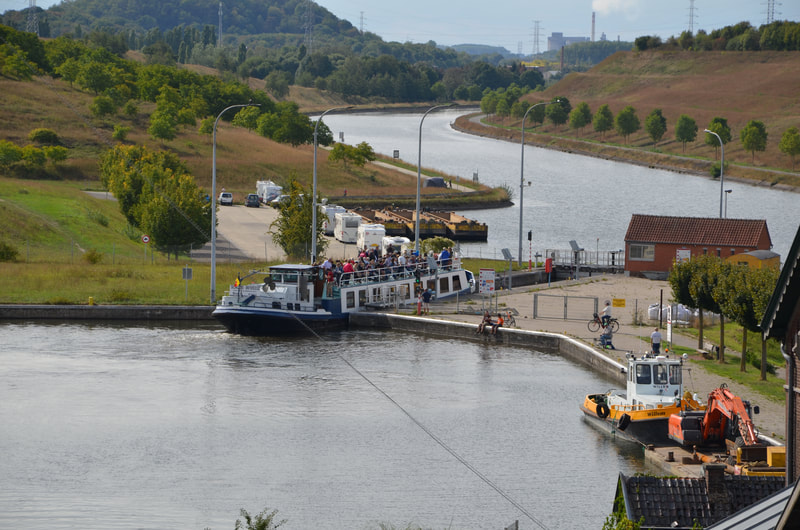 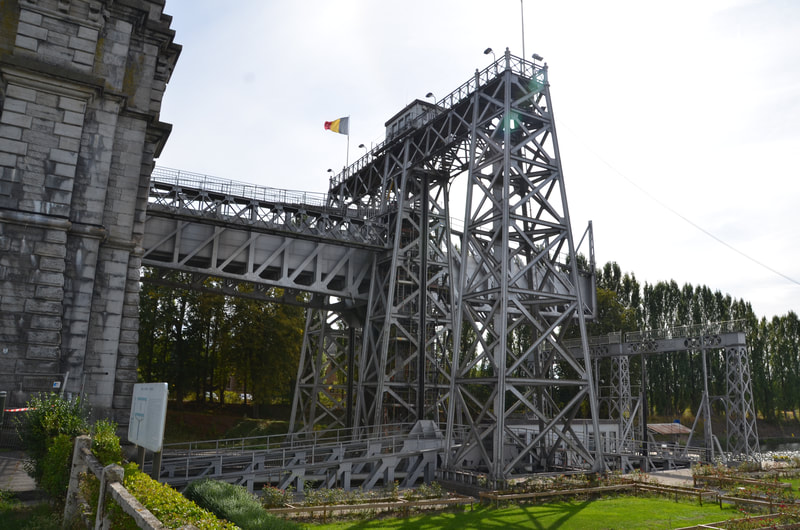 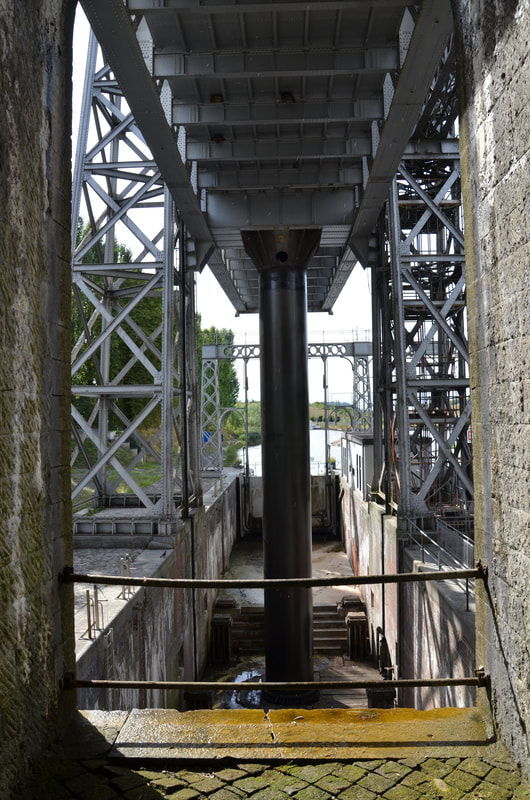 History of creation: The Hainaut area did not have a naturally developed network of rivers, which created problems with the transport of coal discovered in the Borinage region and around Charleroi at the end of the 12th century. Since these areas did not have enough roads at that time, coal was transported on the men's back to the banks of the Haine River and transported in small boats. In the 19th century, coal was the basic material for the growing industry. However, there were problems with its fast transport.

The Charleroi-Brussels channel was completed in 1832 a year, and the parts of Houdeng and Mariemont, which played an important role in the development of the Canal du Center, were completed in 1839 year. The imperial decree of Napoleon I of the 1807 year required the creation of a channel between Mons and Condé. These activities were completed in 1818 year. The Saint-Quentin Canal was completed in the same year. The Borinage Basin was now connected directly to Paris.
Only one element was missing in this channel network. Namely, connection the rivers of Skald and Meuse, the channel between Mons and Charleroi. In 1810 the year, Napoleon I officially approved the project proposal called the Canal du Center. The Belgian government has carried out research to address the two main technical problems. A small amount of water and a large difference in levels (89,46 m). The main problem lay in the upper part of the channel, in the Thiriau valley. It was decided that on sections where there is a level difference it is better to use elevators than dams that raise the water level. The decision was made to use elevators created by English engineer Edwin Clark. 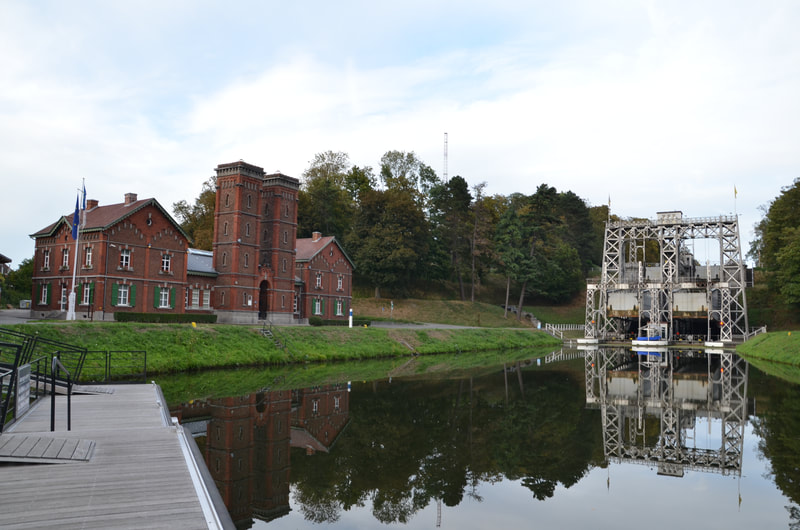 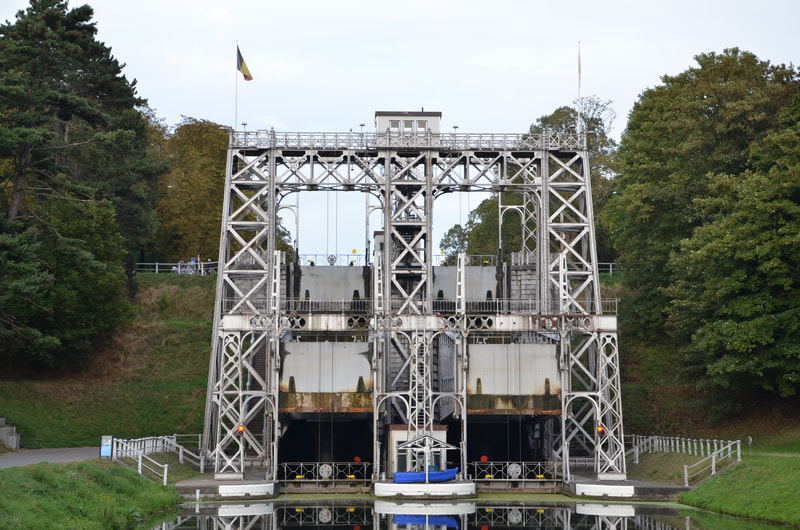 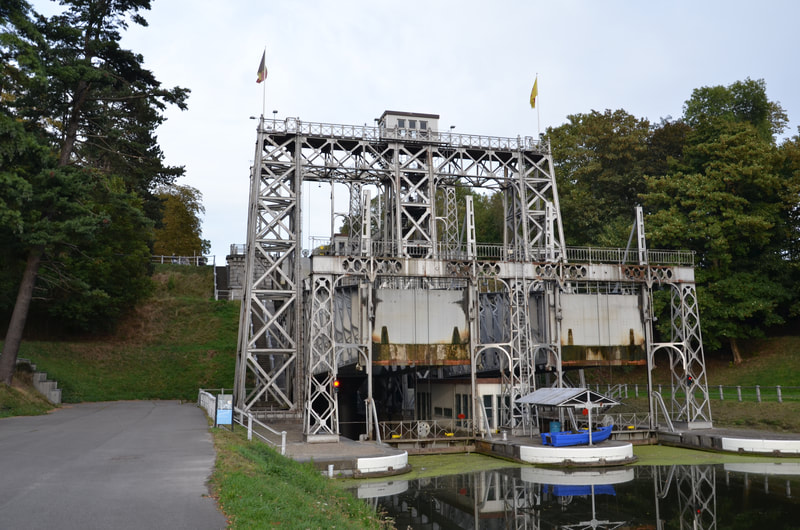 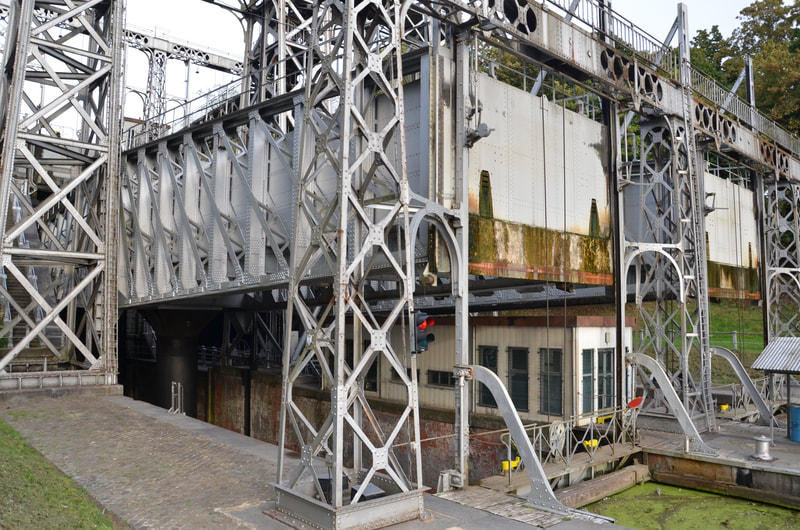 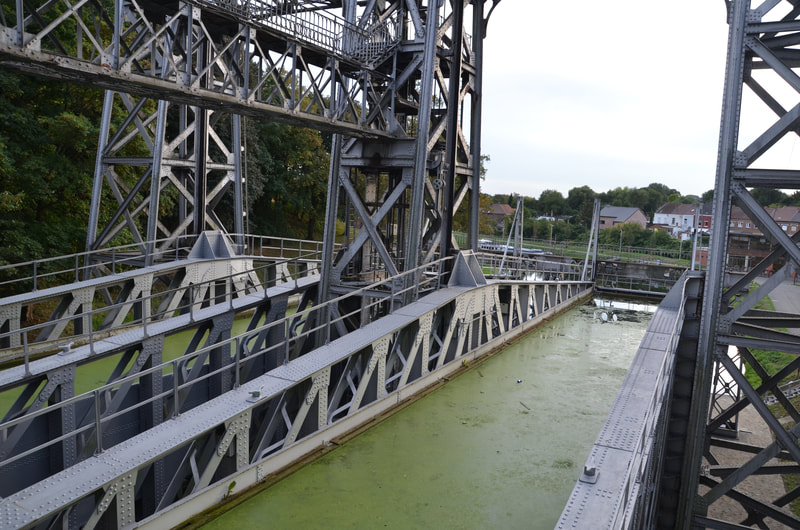 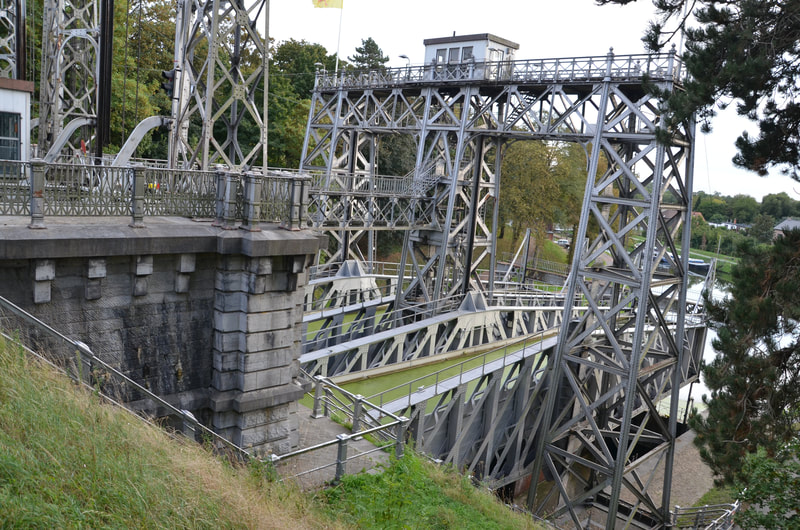 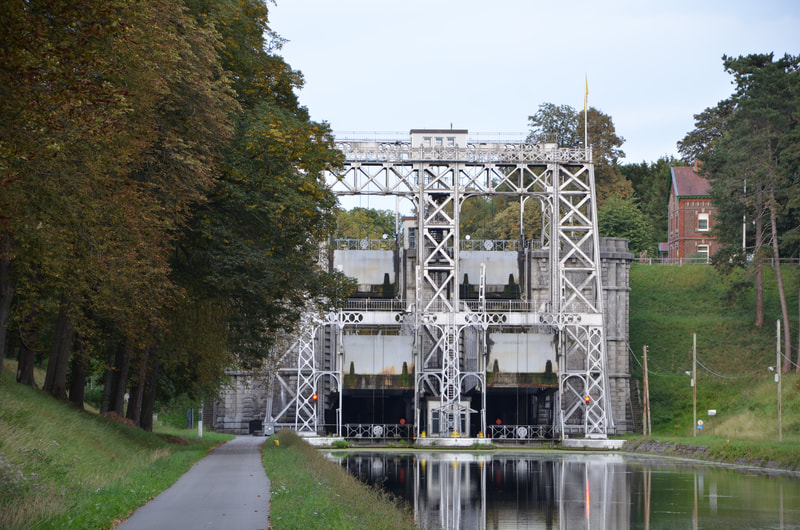 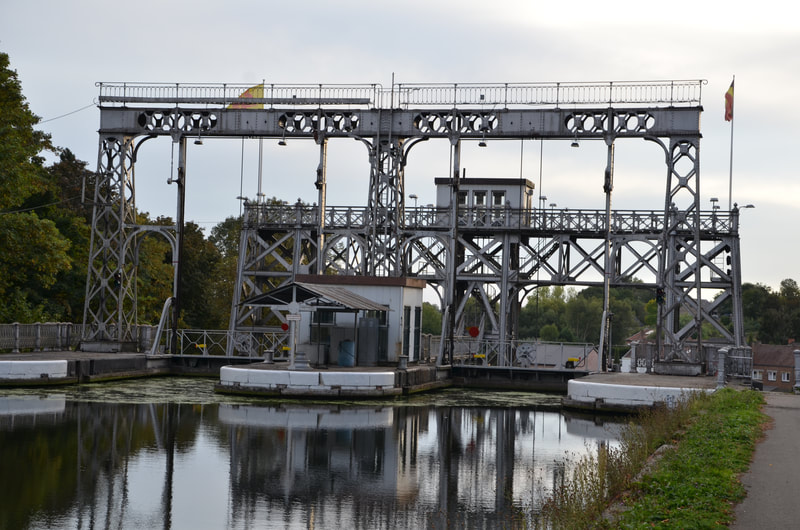 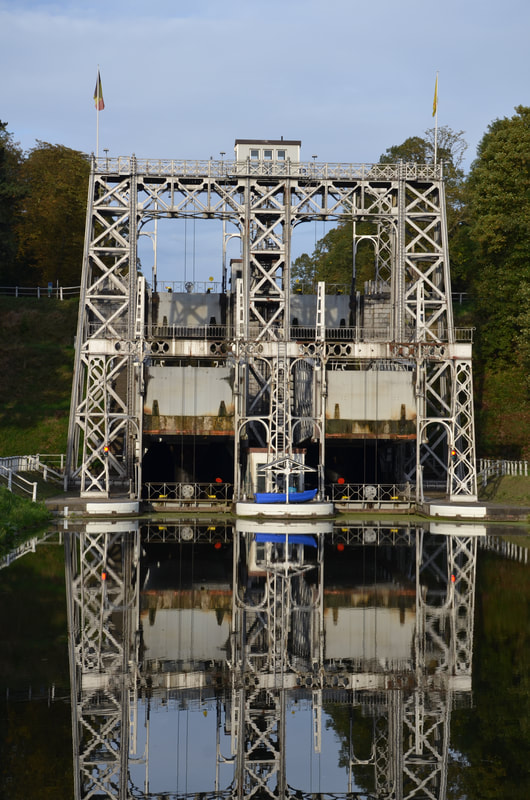 The first lift was supposed to be the solution for closing the differences in the levels of 15,40 m, the remaining three 16,93 m. The first lift in the Houdeng-Goegnies section was ready in April 1888 year. On 4 June of the same year King Leopold II appeared at the inauguration of the opening. The 14-kilometers section from Mons to Thieu was completed in the 1892 year.

Eventually, the du Cente channel was opened in August 1917. In 1957, it was decided to allow the entire du Center canal for ships carrying up to 1350 tonnes of cargo. A new route from Mons to Havré was dug. This meant that the section of the Canal du Center for ships of displacement up to 300 tons, where there are four elevators on the UNESCO list of heritage, became unnecessary.

Some solutions for this section were discussed, such as: commercial use, complete obliteration and filling of various sections with a form of maintenance. Eventually, financial restrictions meant that it was decided to allocate this section of the canal for recreational purposes. This project received many awards in the eighties and nineties.
Belgium
EnglishFrançaisNederlandsDeutschEspañoljęzyk polski