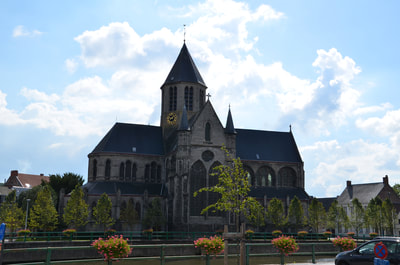 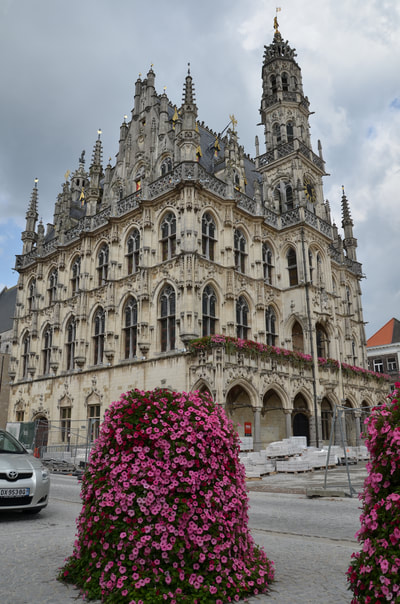 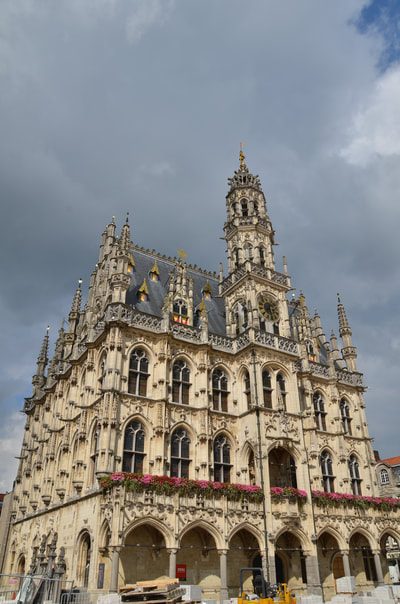 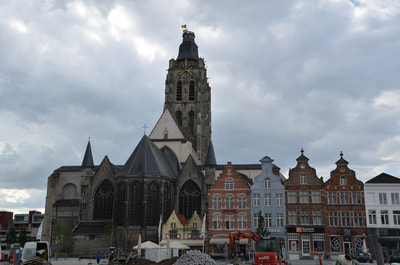 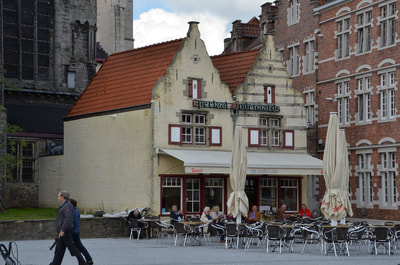 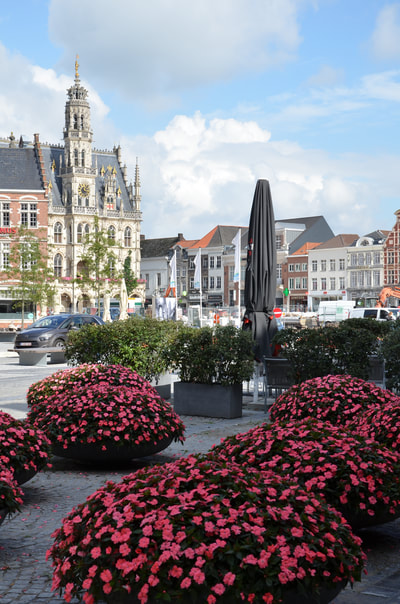 The city was founded around the eleventh century. In the year 1030, the Count of Flanders Baldwin IV the Bearded built here a fortress whose city was deprived, after the battle of Bouvines, in 1214 a year. Over the centuries, the weaving industry developed in the city, which contributed to the expansion and enrichment of Oudenaarde. The peak of benefits from making tapestries falls on the 16th century. Then a beautiful town hall with a bell tower and the church of St. Walburga were built. The iconoclast revolution in 1566 years caused a lot of damage to churches.
In the year 1522, the emperor Charles V stayed in the city, who got into an affair with Joan van der Gheynst, the daughter of a tapestry maker. From this relationship, Filip II's half-sister, Margaret of Parma, was later regent of the Netherlands. In the sixteenth and seventeenth centuries, the city was the target of French attacks several times, and in the year 1708 one of the largest battles in the war of Spanish succession took place below the city. During World War I, the city suffered a lot of damage.

The magnificent town hall is the work of the architect Hendrik van Pede. The building was erected in the years 1526-1537 in place of the old thirteenth-century jurors' house. The former cloth hall, created in the fourteenth century, is nowadays a kind of extension to the rear of the town hall, whose harmonious structure dominates the main square of the city. The implementation of the town hall was done in a short time, which significantly contributed to the aesthetic unity of the building, which is one of the greatest examples of Brabant Gothic in Belgium.
Above the arcaded vaulted ceiling there is a richly decorated façade with ogival windows separated by niches which, though designed to contain statues, stand empty. The whole is topped with a steep roof surrounded by an openwork window sill.

At the top of the central belfry with three terraces there is a stone crown, which supports the gilded statuette of the Hans-legendary warrior, the oldest citizen and defender Oudenaarde. The crown on the tower and two-headed eagles over the attic windows pay homage to the famous guest of Oudenaarde, Emperor Charles V, who a few years before the construction began, came to the city, where he entered into an affair, the fruit of which was Margaret of Parma, later regent of the Netherlands.
Inside the town hall there are wonderfully decorated rooms with gothic fireplaces, wall paintings and works of the Flemish masters from the school of Adrien Brouwer, the most famous painter Oudenaarde. In the 14th century cloth hall, attached to the rear facade of the town hall, there is a museum dedicated to the art and history of tapestries, the product of which Oudenaarde was famous for. There is also a rich collection of silverware and antique furniture.
Beguinage
Initially, the Beguinage was entirely surrounded by the Scheldt River. The only entrance was through a baroque gate painted red, on which the fronton is a figure of Saint. Roch, patron of infectious diseases.
Beguinage in Oudenaarde consists of about thirty whitewashed houses grouped around inner courtyards. Only a few of them come from the seventeenth century, the rest was rebuilt in the nineteenth and twentieth centuries. During the revolt of iconoclasts in the year 1566, the sixteenth-century chapel in the Beguinage was destroyed. Nowadays, there is a neo-gothic chapel in its place.
Beguinage was created during the Crusades, when many men did not return from the expeditions. They were a kind of city in the city. They had their own bakery, brewery, nurses' house and church. Beguinage managed the so-called Grand Mistress, who organized the beguines' daily life. Beguines often kneaded lace or teached. They had a lot in common with the religious sisters. Just as they lived in a closed community, they vowed obedience, but not poverty. They sacrificed their whole lives to God, without making religious vows.
Strolling Kastelstraat we reach Scheldt, the river that separates Oudenaarde. A magnificent view appears to our eyes. Maagdendale Abbey and the Church of Our Lady of Pamele. We cross Scheldt with a bridge being an interesting construction raised by hydraulic lifts at the time barges flow. Going down from the bridge, turn right, there is a beautiful cascading fountain, built in a year 1852, in recognition of the Queen of Belgium Louise-Marie. The fountain is a copy of the famous cascading fountain standing at the Place la Concorde in Paris. Its creator was Charles van der Straeten.
At the top of the delicately carved tabernacle stands an impressive ciborium, which has the form of a spire. Unfortunately, the church is no longer used for regular services. For visitors, it is only open from June to August from 14.00 to 17.00.
The abbey was founded in 1233 year. It was one of the most important convents in the former Flanders. The only preserved object from that period is the abbey church, which was built in the 13th century. The abbey suffered greatly during the bombings of the city by French troops in 1684 and as a result of the French Revolution (1789). At that time, the abbey was sold and until 1960 the buildings functioned as barracks. Nowadays, there is a municipal archive and the Royal Academy of Fine Arts.
Next to the church of St. Walburga are a number of interesting buildings. The first one on the right is named Huis Cambier. In the 16th century, the Oudenaarde authorities were located here. After the French Revolution a brewery was organized there.
The most interesting is the building standing next to it. This building, built in the 16th century, was the home of Margaret of Parma. With a facade entirely built of sandstone from Tournai, this building is a unique example of the civil style of the Brabant Gothic. On the left is standing Boudewijn tower. Built probably in the 12th century, the tower is the oldest stone building in Oudenaarde. Built entirely of sandstone from Tournai, due to its appearance it was formerly misidentified as part of the city fortifications.
src = "/ files / theme / custom.js">
EnglishFrançaisNederlandsDeutschEspañoljęzyk polski