The town is situated in Flanders, surrounded on three sides by the Netherlands. Known around the world for strawberries, grown by 200 family businesses, and tomatoes, which are harvested around 40 million kilograms per year.
The location of the city took place in 1210, then it also received privileges from the Duke of Brabant, which contributed to its further development. In 1381 the first mention of Beguinage and the mills Laermolen and Meerselmolen. In 1740 Hoogstraten became a principality. The battle of 1814 ended the period of French occupation.

In 1944 the retreating German army blew up the Church of Saint Catherine. In the years 1950-1958 its reconstruction took place. In 1985 Hoogstraten was granted city rights. Year 1988 brings the renovation completed Beguinage and its inclusion on the UNESCO World Heritage List. 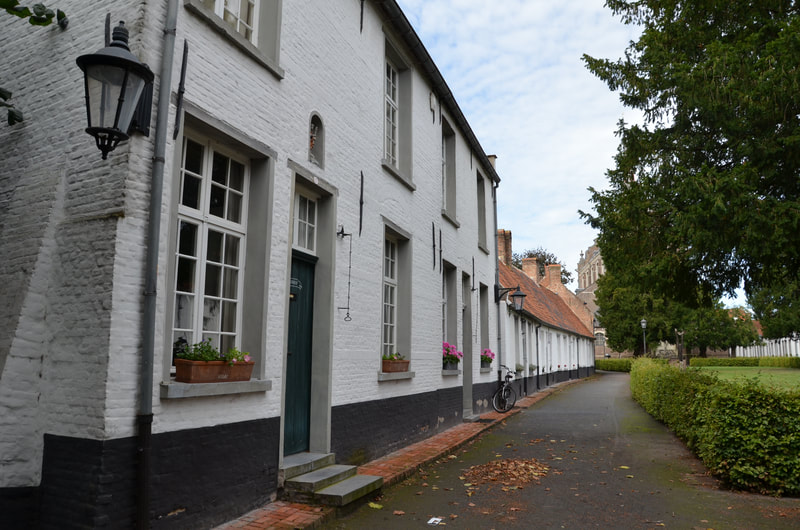 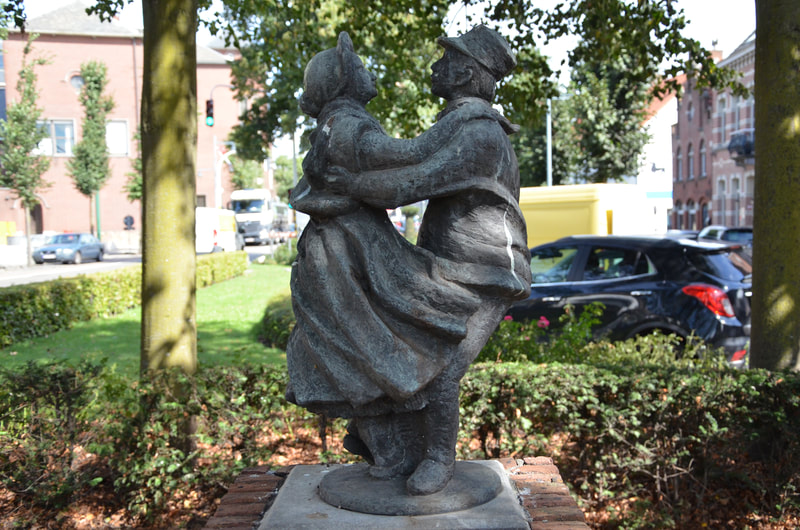 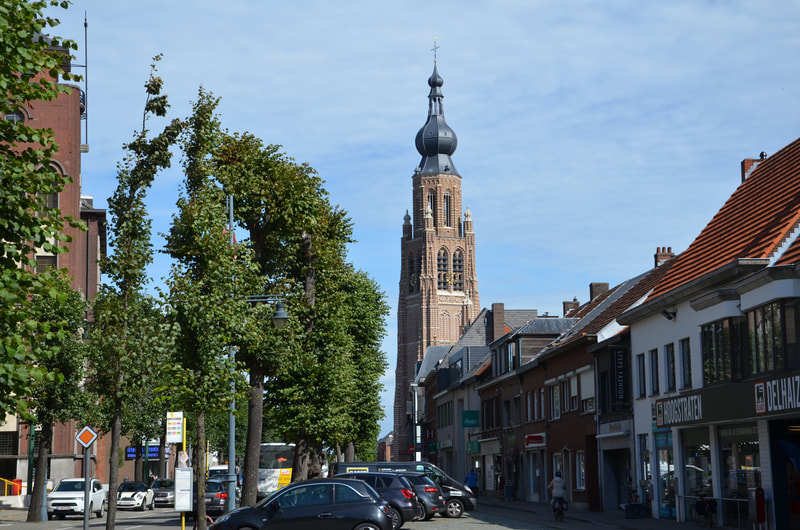 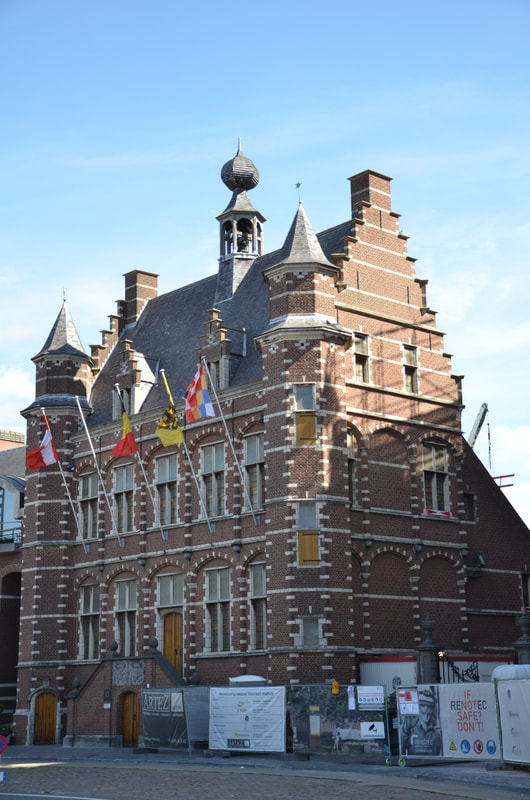 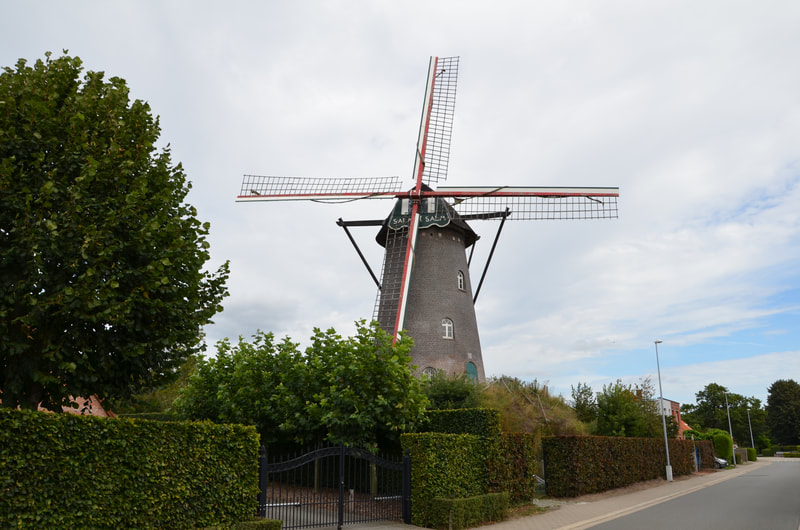 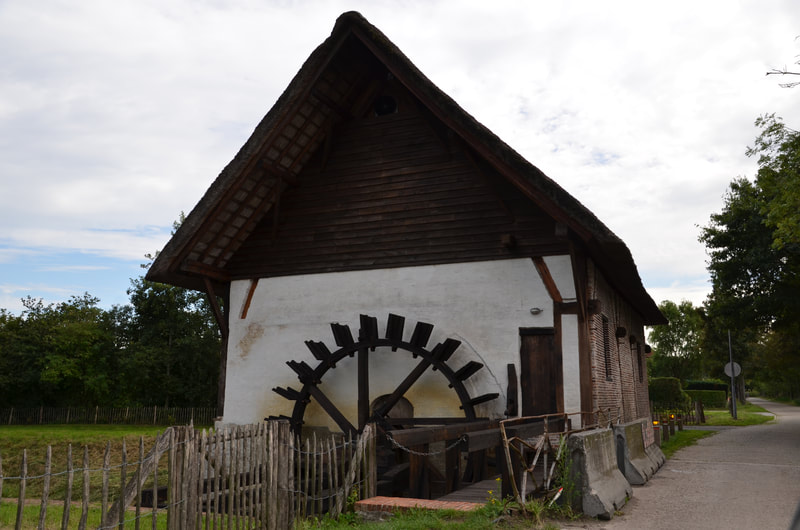 This extraordinary place, inscribed on the UNESCO World Heritage List, home to an Order of beguines, was founded in 1380. Beguinage ravaged by fires many times in the 16th century, it flourished in the second half of the 17th century. The number of beguines increased to 160. At that time, the construction of a three-nave brick church began. The work was led by Libert Fabri in the years 1680-1687. 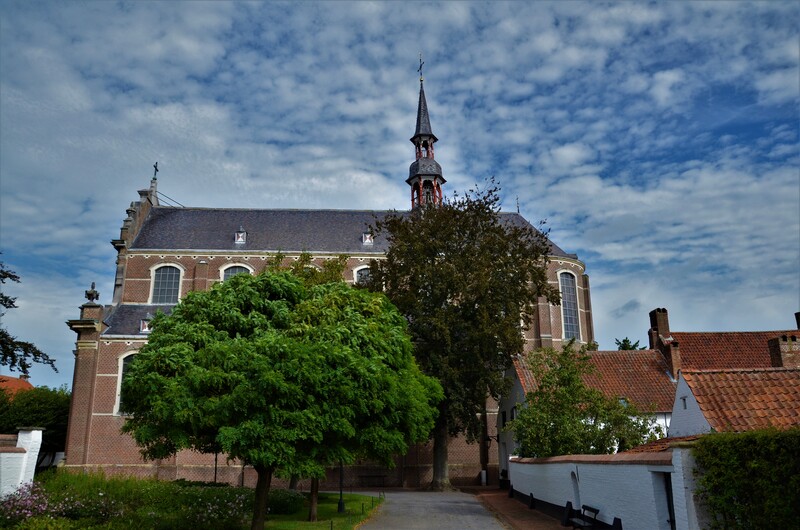 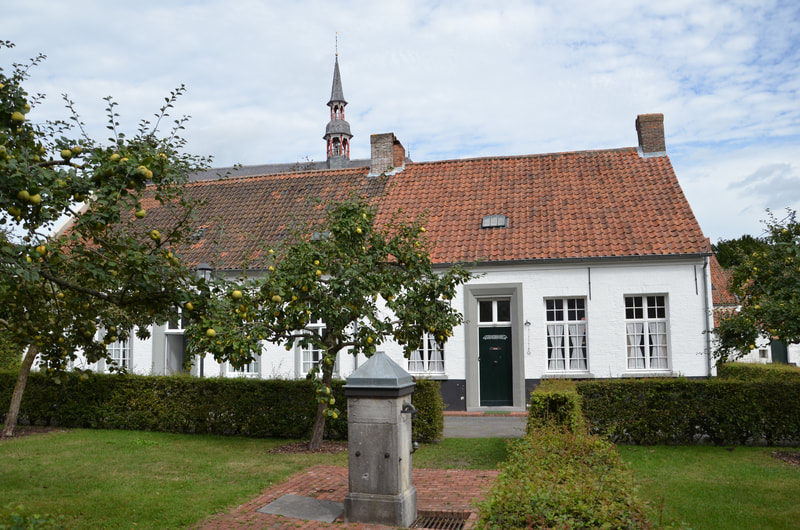 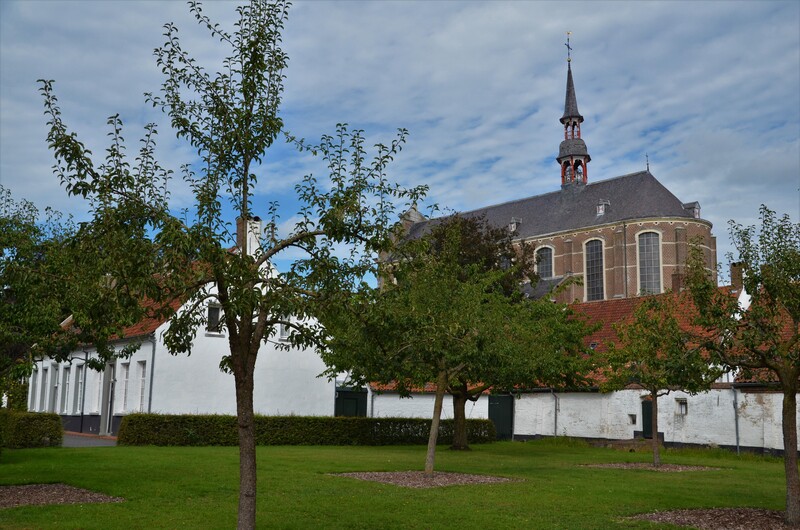 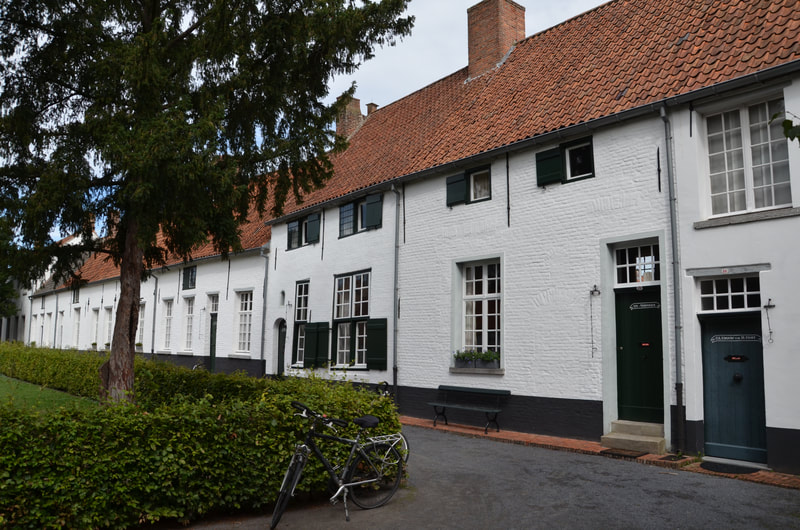 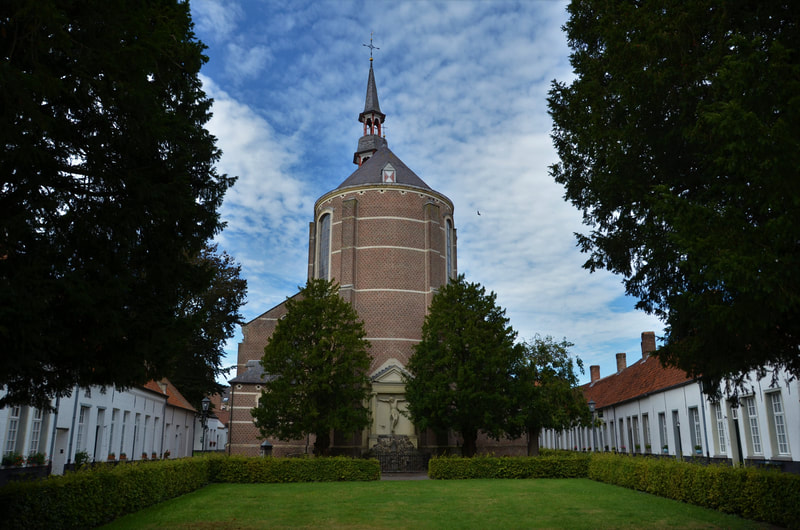 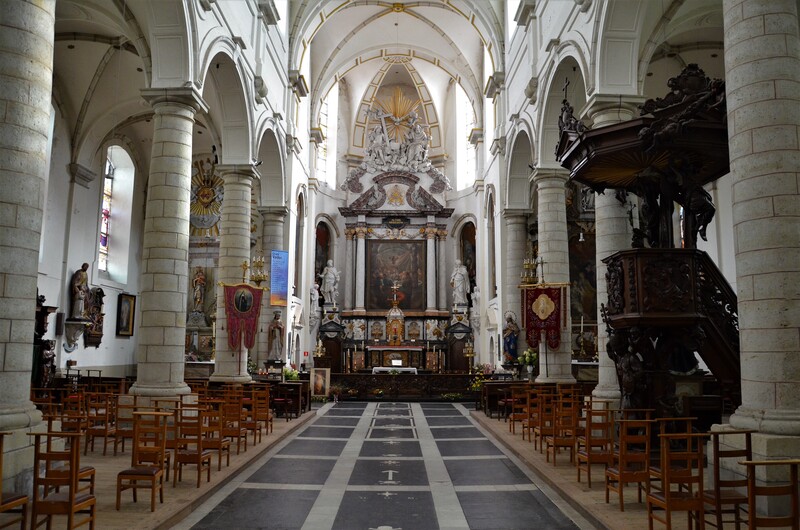 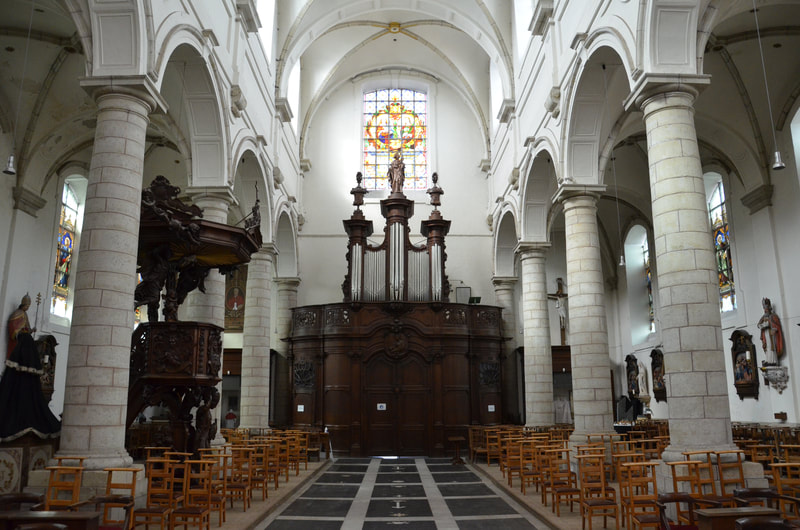 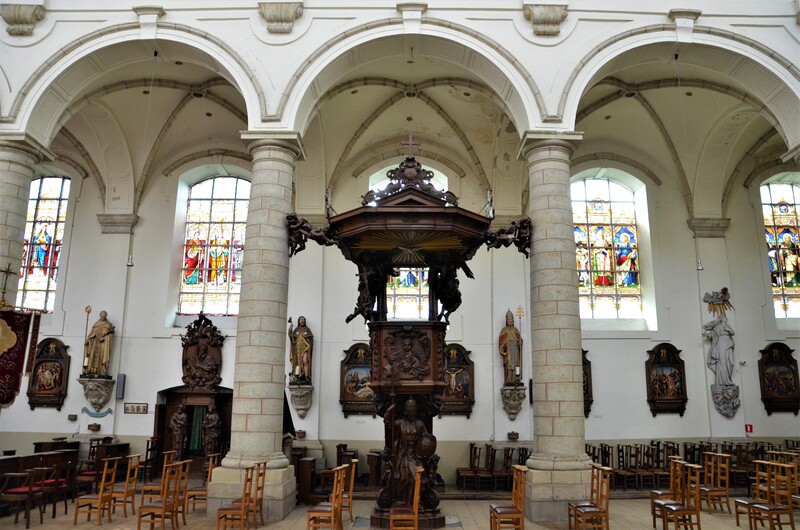 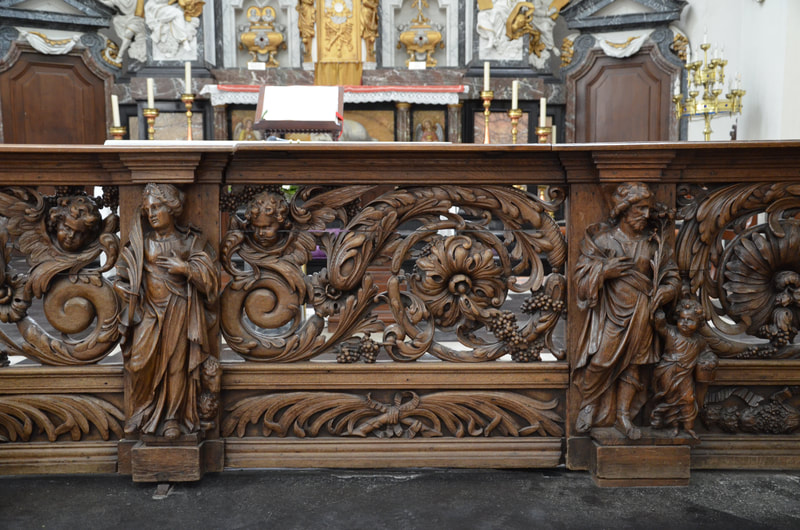 When in 1972 the last beguine left Beguinage in Hoogstraten, its slow decline began. At the beginning of the nineties, a group of residents, wanting to save this wonderful place from total destruction, formed an association. They had no money, but have the most important thing-enthusiasm. The non-profit organization Het Convent received Beguinage, on lease for 99 years. Restoration works began in 1992. 2 May 1999 is wonderful Beguinage in Hoogstraten was reopened. For 1998 years, along with twelve others flemish Beguinages, it is on the UNESCO World Heritage List.

The temple was built in the late gothic style, in the years 1525-1550, by the architect Rombout Keldermans, the main builder of the Cathedral of Our Lady in Antwerp. For such a small town, the church has impressive dimensions. This was due to the fact that it was also built as the burial place of the first Count and Countess of Hoogstraten, Antoni of Lalaing and Elizabeth of Culemborg. People who were extremely influential in the Empire of Emperor Charles V. In addition to building a temple, they also ordered the construction of a town hall and renovation of Gelmel Castle.

A church 80 meters long, with a tower rising to a height of 105 meters, is often called the triumph of bricks. It is one of the tallest brick buildings in the world. In 1944 the retreating German army blew up the church tower. The impetus for reconstruction, which lasted in years 1950-1958, was given by Deken Lauwerys. As a gratitude, the townspeople erected a monument to him near the church. 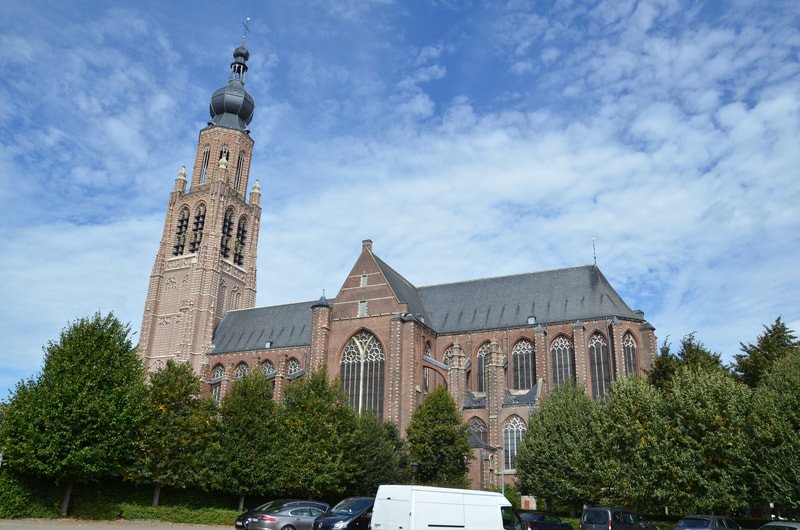 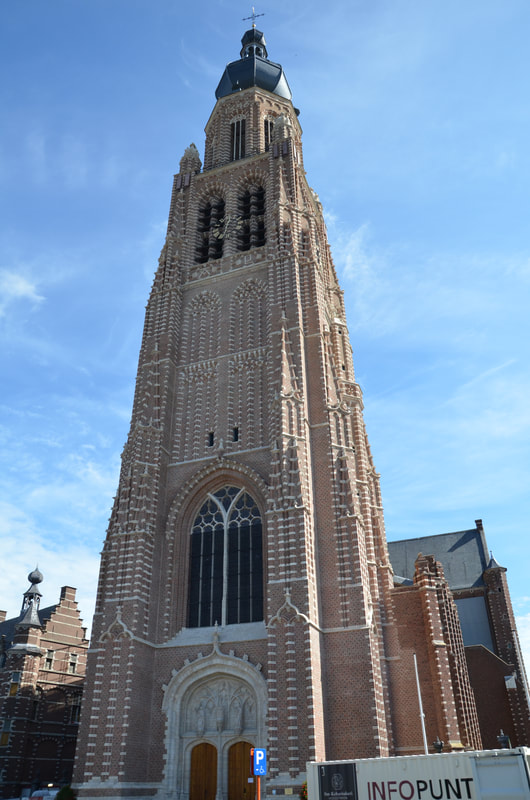 Inside the temple there are wonderful treasures of sacred art, including 16th-century stained glass windows, Brussels tapestries, Renaissance tombs and impressive stalls. Over the main altar, there are seven monumental, fourteen-meter-high stained glass windows depicting the seven sacraments. Their creator was the 16th-century artist Anton Evertz. The unusual stained glass window in the northern aisle was created in 1535 by Pieter Coecke van Aelst. Late Gothic stalls, located in the choir, were adorned with proverbs and moralizing sayings.

In the Holy Blood altar there is a reliquary with a drop of blood carried during procession of the Holy Blood from Hoogstraten. The relics were transferred here from the Dutch city of Boxtel in 1652. Since then, this event has been an extremely important part of the city's cultural heritage. Over the centuries, the procession has become a mixture of Christian, historical, cultural and folklore elements.

Made of alabaster and marble, the mausoleum of the founders of St. Catherine's Church, The Count and Countess of Hoogstraten, Anthony of Lalaing and Elizabeth of Culemborg is a gem of a funerary heritage. The Count is presented here in full armor as a knight of the Order of the Golden Fleece. Countess in an ermine cape. The lion and the dog lying at their feet symbolize loyalty and courage. 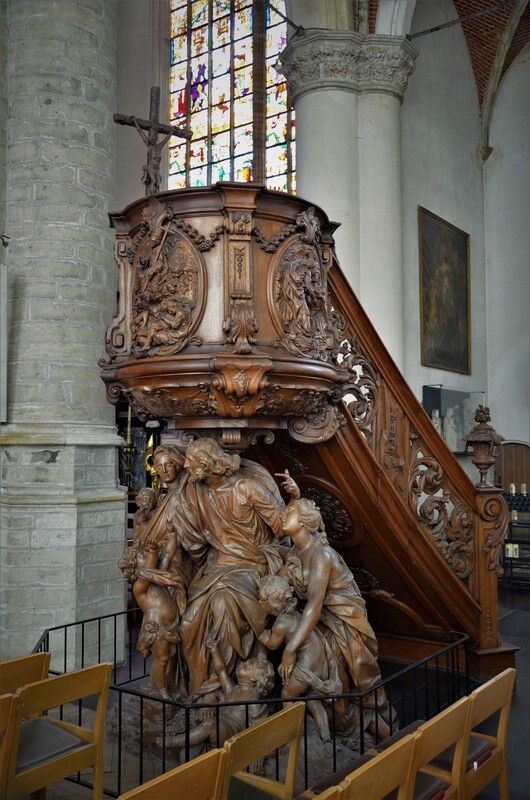 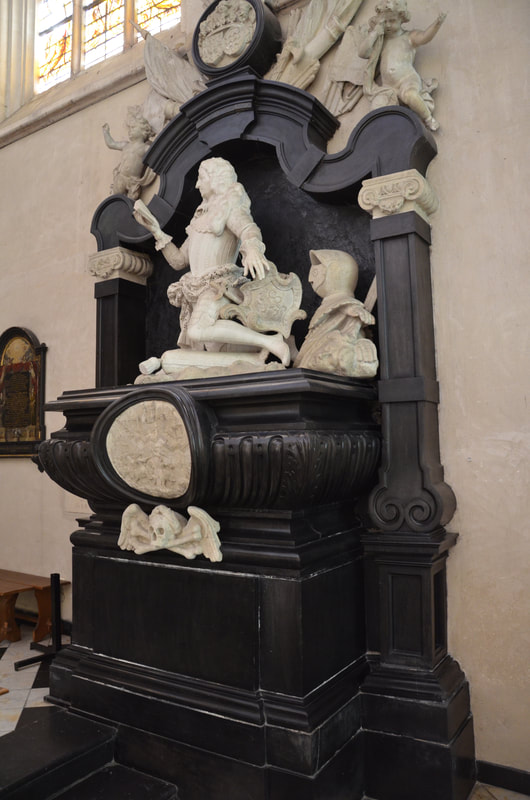 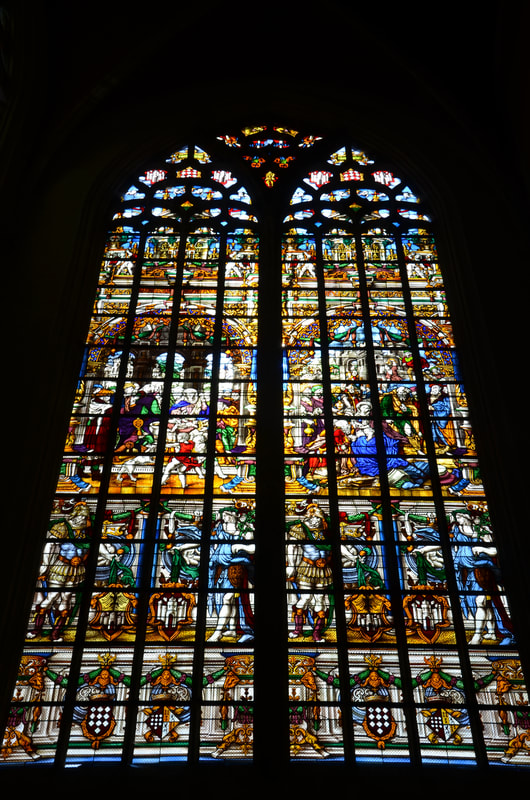 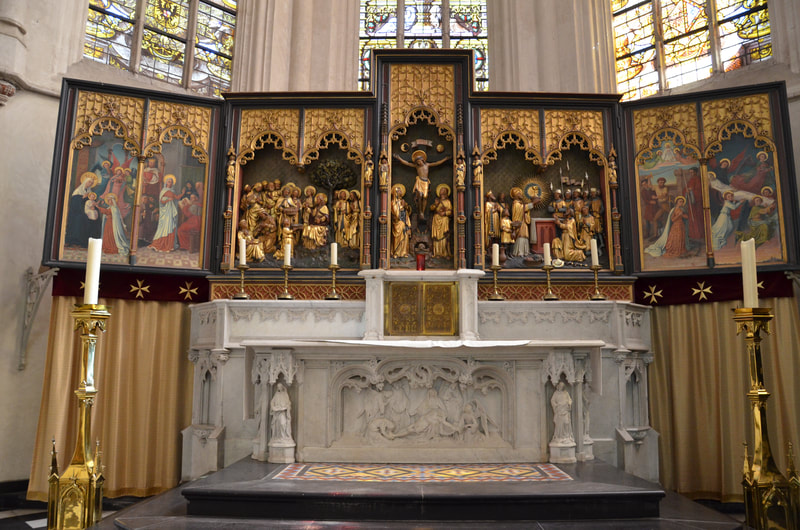 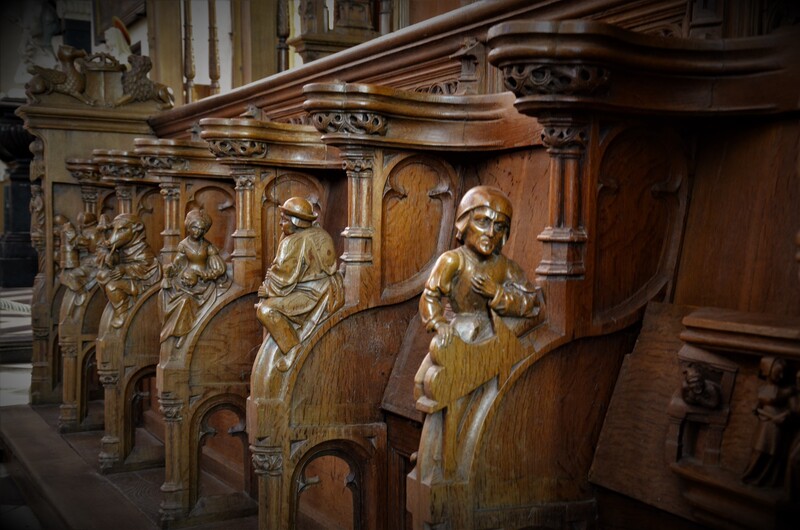 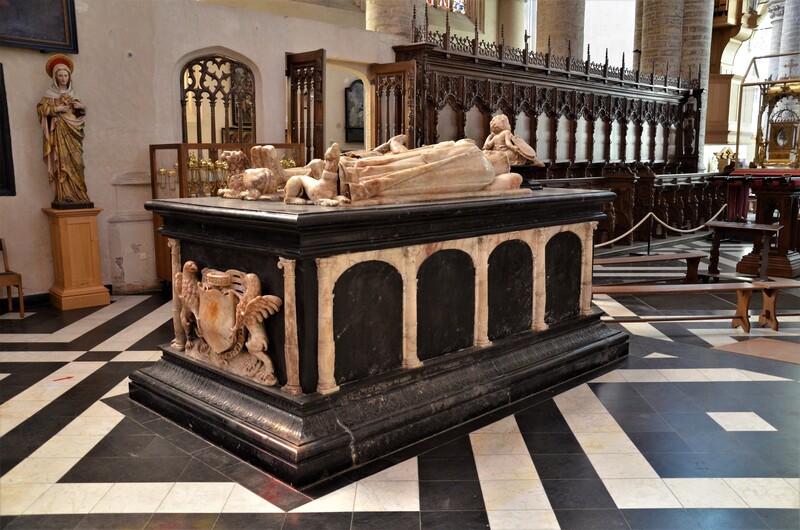