The Larger Museum of Early Art is located in a classical building designed in the years 1874-1900 by Alphonse Balat. The Museum of Ancient Art is famous for the finest collection of Flemish primitivist art. The unusual collection of old masters covers the period from the 15th to the 18th century. The greater part of the collection consists of works of artists from South Holland. We will find here the works they painted Rogier van der Weyden, Petrus Christus Dirk, Hans Memling, Hieronymus Bosch, Lucas Cranach and Gerard David . The sixteenth century represents Pieter Bruegel and his two wonderful works Fall of Rebellious Angels   and Census Bethlehem . The 17th and 18th centuries was a Flemish school represented by Peter Paul Rubens, Anthony van Dyck and Jacques Jordaens . 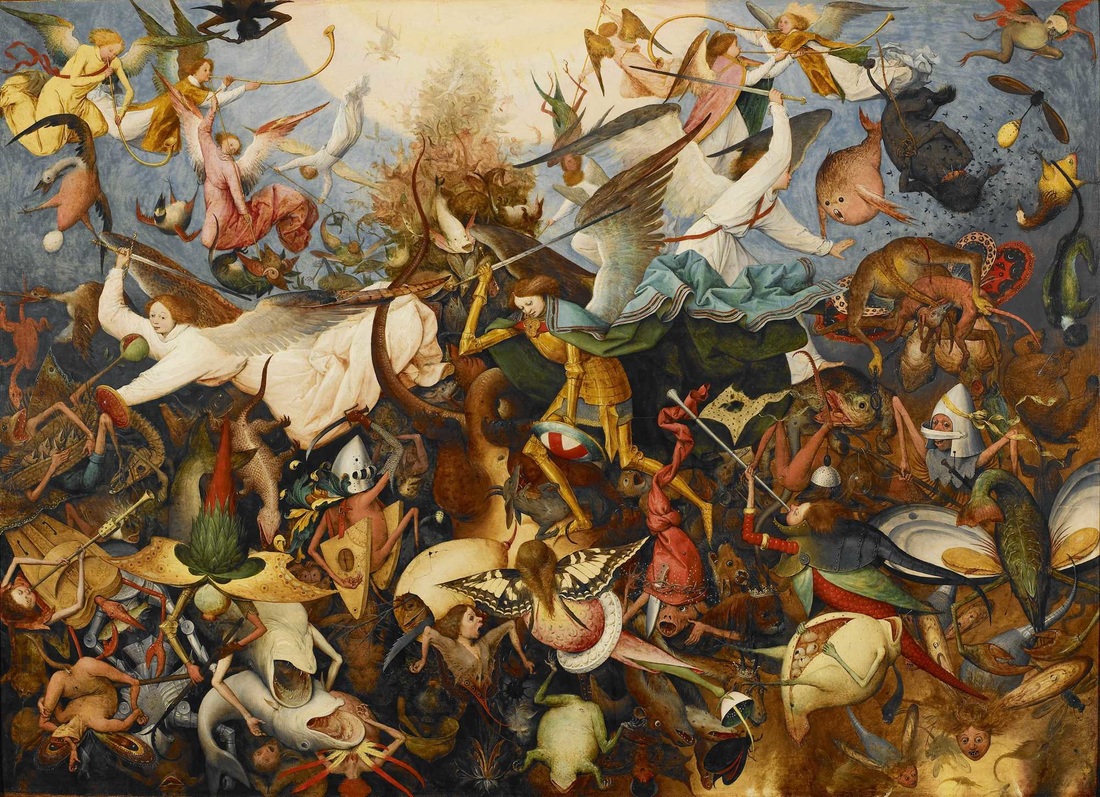 K the contemporary art lesson includes works from the end of the 18th century to the present day. You can admire the works of Belgian neoclassicism and works devoted to the Belgian revolution and the founding of the country.

We find here a multitude of artistic disciplines that existed at the turn of the century, in the period 1868-1914. The works of well-known artists, such as Constantin Meunier, James Ensor, Henri Evenepoel, Fernand Khnopff, Leon Spilliaert and Georges Minne. The Art Nouveau architecture was recreated with the help of the reconstruction 3 D of six Art Nouveau buildings.

Located in the heart of Brussels, it presents a unique collection of works by this Belgian master of surrealism. A rich collection of over 200 works René Magritte is the largest in the world.
This multidisciplinary museum consists of many paintings, sculptures, billboards. We also find music scores, photographs and old films directed by Magritte himself.
In the late 1920s, Rene Magritte began to question the traditional visual language, quickly becoming thanks to his art one of the main creators of surrealism in Belgium and abroad.
This museum has works belonging to the Royal Museum of Fine Arts (of which it is a part), as well as from private collections and various public institutions.

The museum is housed in the home of the painter, sculptor and draftsman  Constantin Meunier (1831-1905), which represented nineteenth-century surrealism. The house, which was built during the artist's lifetime, is located on Rue l'Abbaye in Ixelles, a district of Brussels.
Meunier after his death left a rich heritage, more than 700 paintings and sculptures. In 1936, the Belgian government bought the house and the artist's legacy. Three years later an independent museum was created here. From 1978 years, the house has been part Royal Museum of Fine Arts. Numerous sculptures of the artist, mainly statues of workers, and genre scenes are exhibited in the rooms.

Museum   dedicated to the Belgian romantic master who practiced painting, sculpture, graphics and drawing. Antoine-Joseph Wiertz (1806-1865) during his lifetime he enjoyed a reputation as a court artist of Leopold I Koburg, the first king of independent Belgium. Because Wiertz he preferred monumental painting, the king financed the construction of his house in the Brussels district, Ixelles, in which he had the conditions to create large-format works. After the artist's death, 18 June 1865, the property was taken over by the king. Three years later, home of Wiertz became part Royal Museum of Fine Arts.

The huge main hall houses the artist's largest canvases, many of them are biblical and Homeric scenes, there are also sculptures and the artist's death mask. An example of his passion for huge paintings is a mythological work The fight of the Greeks and Trojans for the body of Partoklus, which has the dimensions 5,2 m x 8,5 m. Fascination Wiertz dramatic themes and horror scenes is visible in the picture Buried alive from 1854 a year, as well as in the work Two young girls or beautiful Rosine. In the last of the six rooms there are more gloomy works of this artist. The image draws special attention Hunger, madness and crime. The creators' versatility is demonstrated by sculptures, drawings and graphics exhibited in the museum.
src = "/ files / theme / custom.js">
EnglishFrançaisNederlandsDeutschEspañoljęzyk polski