It was created on the initiative of Prince Brabant Lambert II, who brought the relics of Saint Gudula in 1047 (moved here from the church of St. Gorik, from the city center). Saint Michael is the patron of Brussels, and Saint Gudula is the most revered patron. Saint Gudula lived in the years 659-712, devoting her life to the poor and the sick.

The reconstruction of the church in the style of Brabant Gothic began Prince Henry I, and the final shape of the cathedral was obtained during the time of his son Henry II in 1226. Construction was completed in 1519 a year. As a result of several pillages of the cathedral, in 1579-1580 and during the revolution in 1783, its interior was deprived of many works of art.

The length of the building is 114 meters, the outer width of the presbytery 57 meters, the height of the vault 26,5 meters, the height of the towers 64 meters. Outside, the cathedral is entirely built of stone supplied from the Gobertange quarry. The west facade with three portals crowned with gables and two towers are typical of French Gothic. The exception is the lack of rosette windows, which have been replaced by large windows in the style of Brabant Gothic. The southern tower houses a carillon with 49 bells. The largest of them is the weighing 7 ton Salvator, cast in 1481 a year. 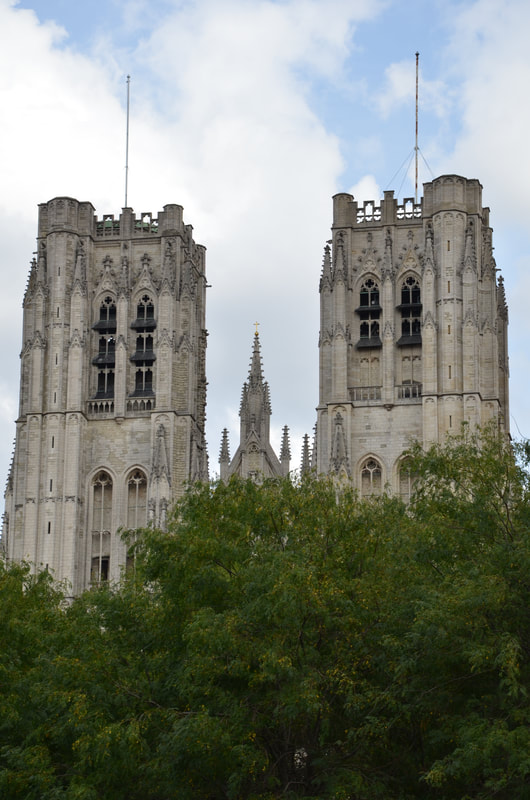 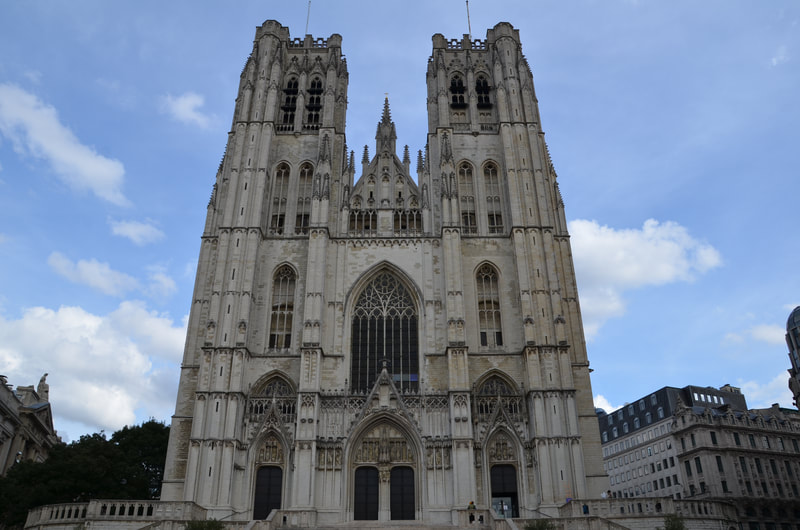 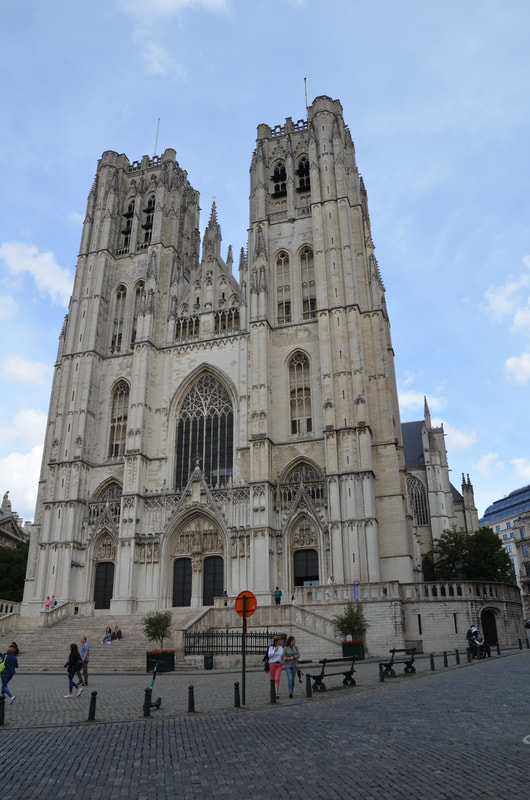 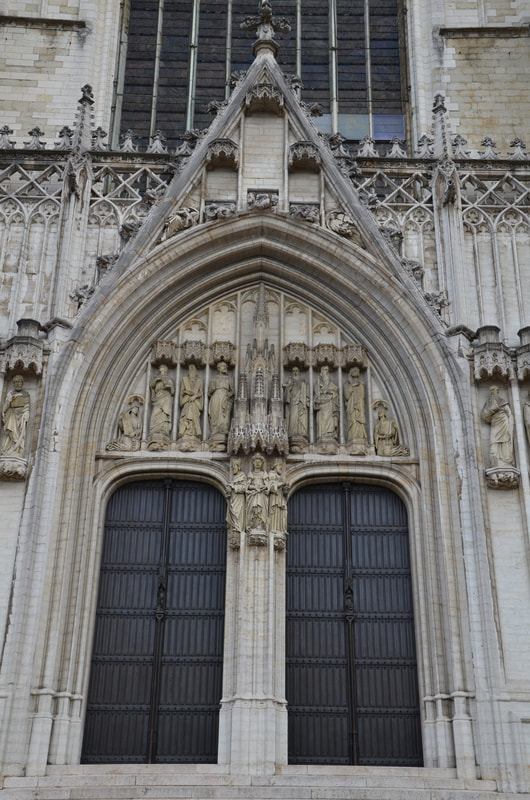 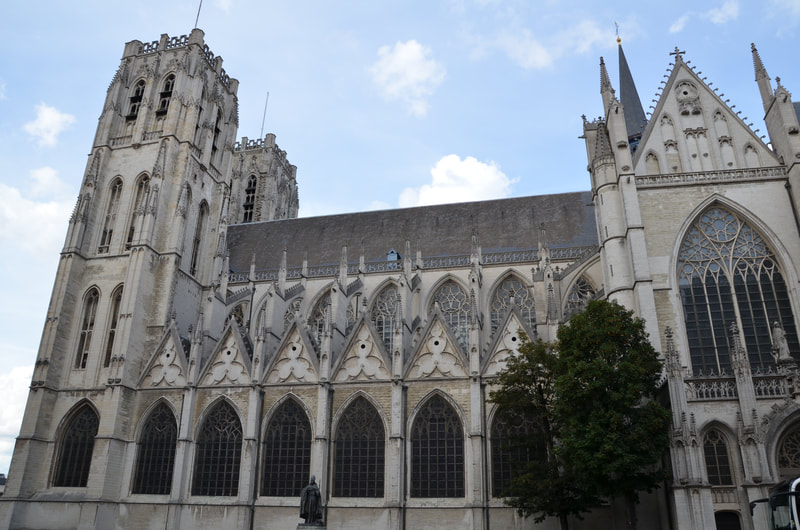 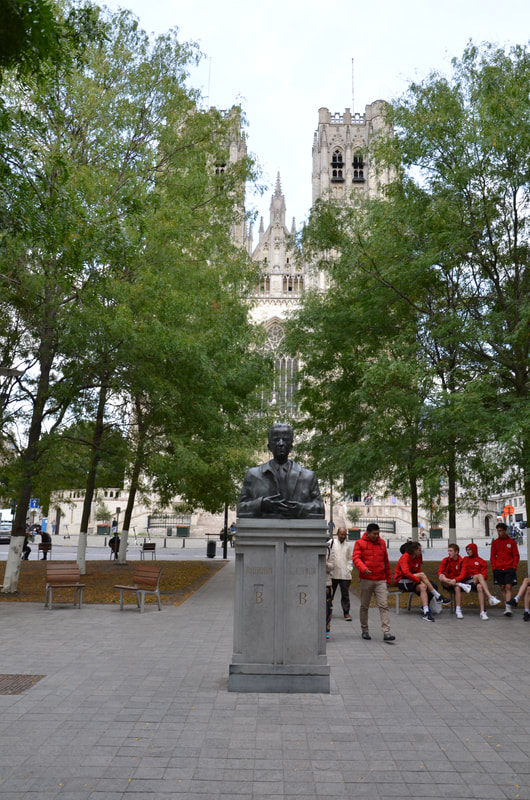 Interior of the Cathedral of Saints Michael and Gudula

The Gothic choir contains the mausoleums of the princes of Brabant and Archduke Ernest of Austria, performed by Robert Colyn Nola in the 17th century. On the left side of the presbytery is the chapel of the Miracle of the Blessed Sacrament (1534-1539), built in the style of floral Gothic . Currently, the treasury of the cathedral is located here, where the famous Drahmal cross and the Anglo-Saxon reliquary from the beginning of the 11th century are kept. . On the right side of the presbytery is the chapel of Our Lady of the Liberator (1649-1655) built in the late Gothic style. It has a Baroque altar created by Jan Voorspoel (1666). Behind the choir there is a chapel dedicated to St. Maria Magdalena, which was founded in 1675 a year. In the chapel there is a beautiful alabaster altar depicting the Passion of Christ, created in the year 1538 by Jan Mone. Statues of the 12 Apostles are the work of great artists such as Lucas Faydherbe, Jerome Duquesnoy the Younger, Johannes van Mildert, Tobias Leis. They replaced the statues destroyed by iconoclasts in 1566 a year. 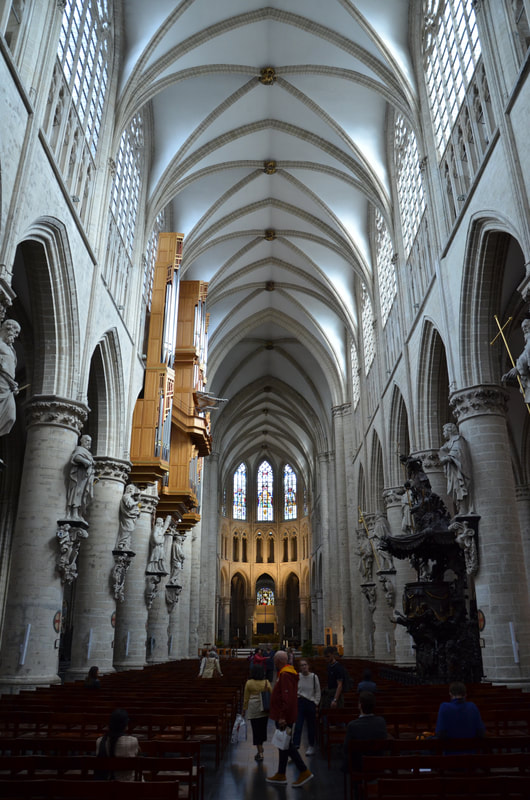 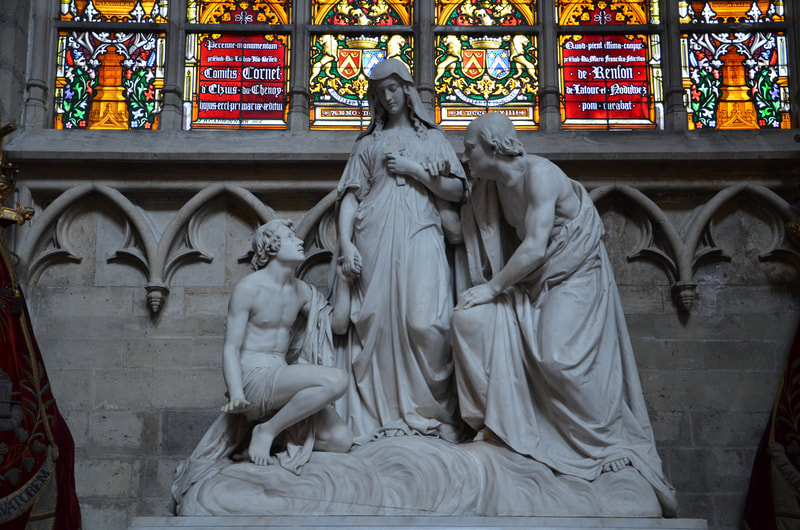 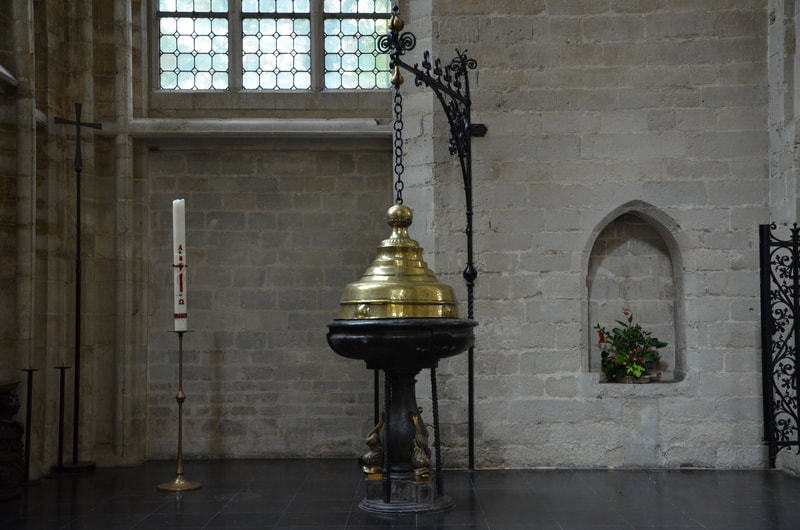 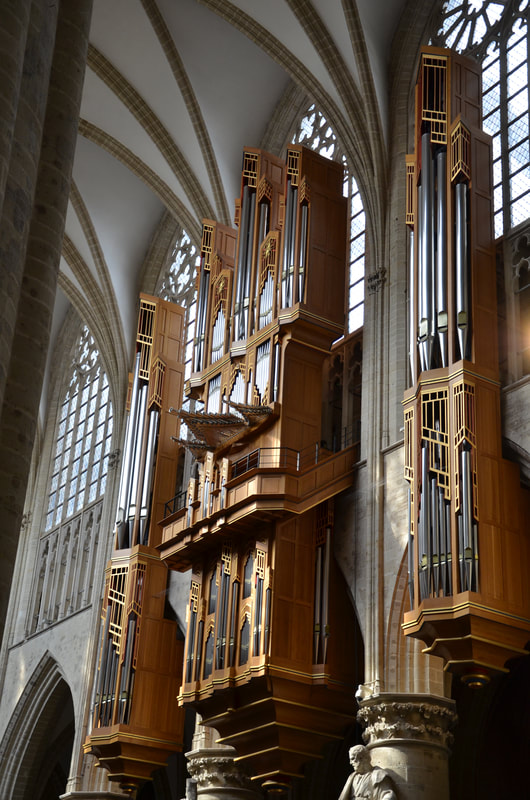 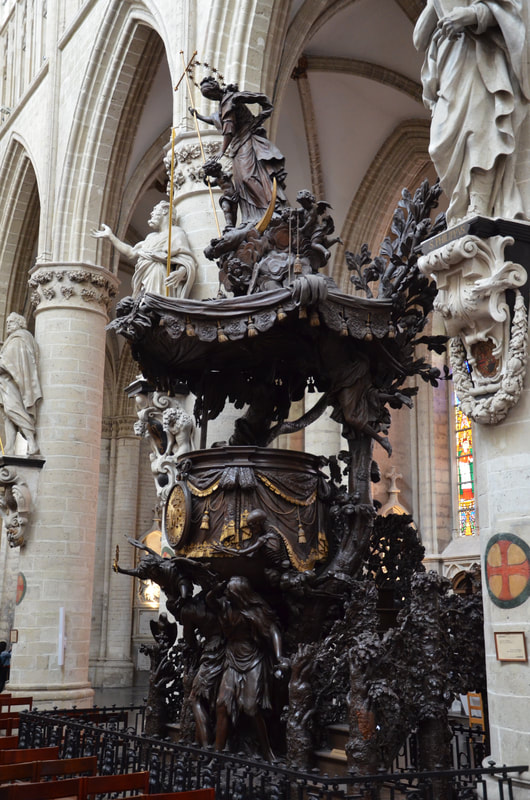 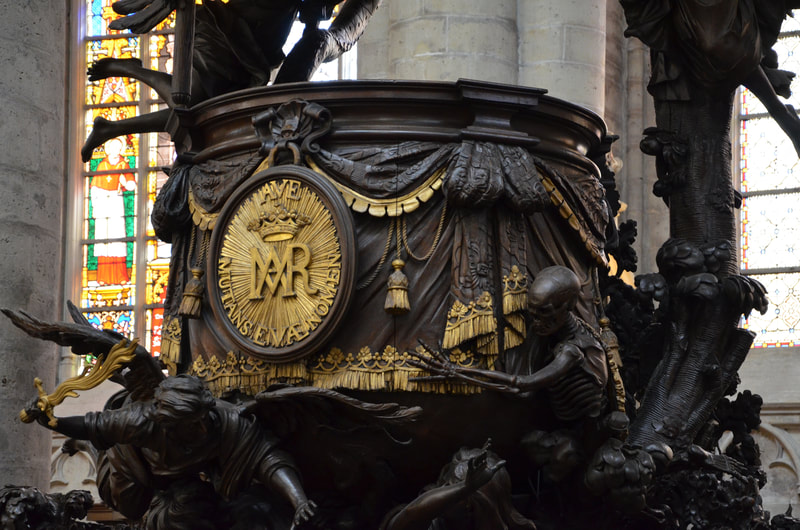 It is worth paying special attention to the magnificent stained glass window by Jan Haeck from 1537. It depicts Emperor Charles V and his wife during the adoration of the Blessed Sacrament, and their patrons. In the southern transept there is another stained glass window created by Jan Haeck in 1538 year. It shows Louis II of Hungary with his wife kneeling before the Holy Trinity, as well as St. Louis and the Virgin Mary with the Child. The magnificent baroque pulpit from 1699, depicting the exile of Adam and Eve from paradise, is the work of H.F. Verbruggen. In October 2000, impressive organs with 4300 pipes were installed. They are the work of the German organ builder Gerhard Grenzing and his assistants from Barcelona. 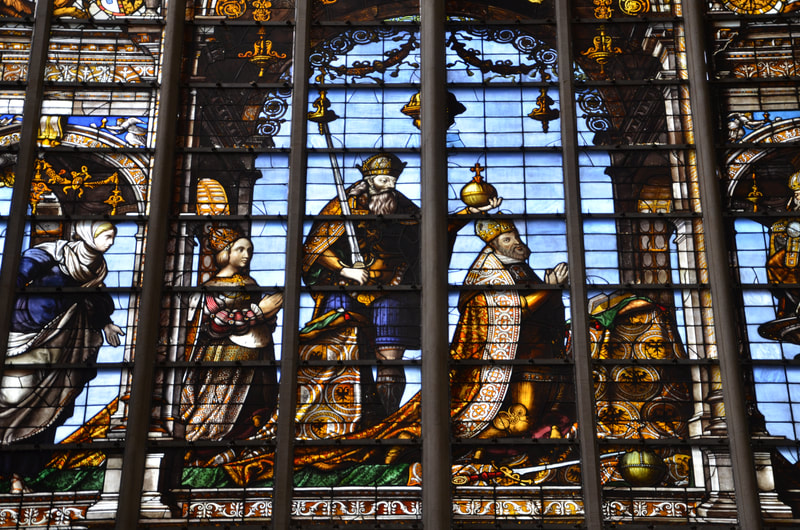 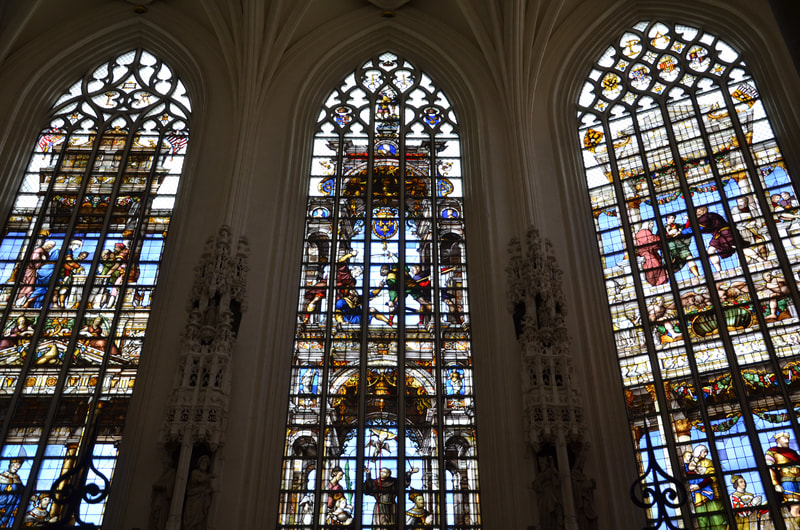 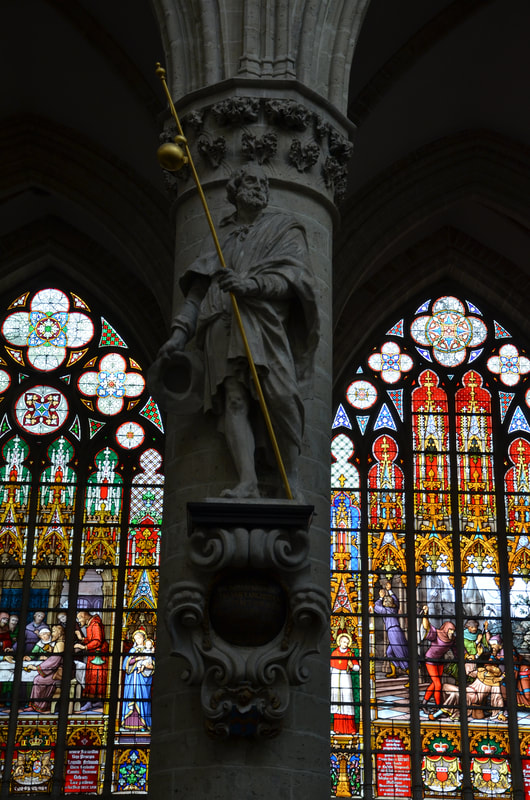 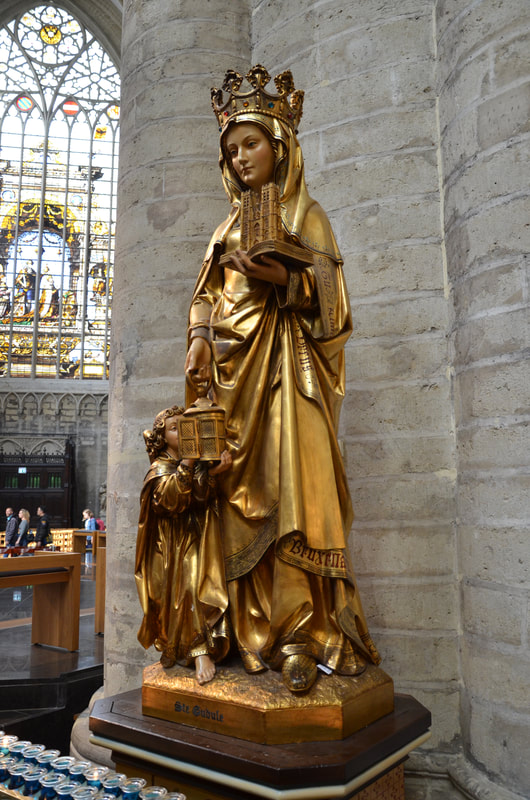 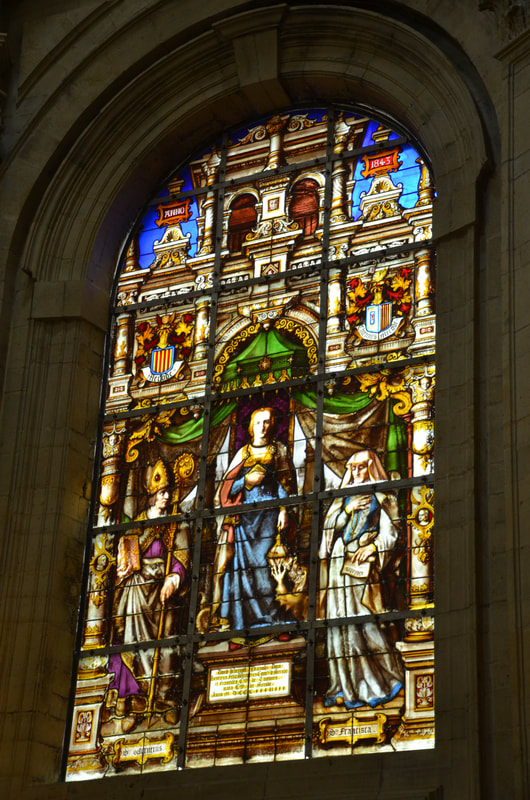 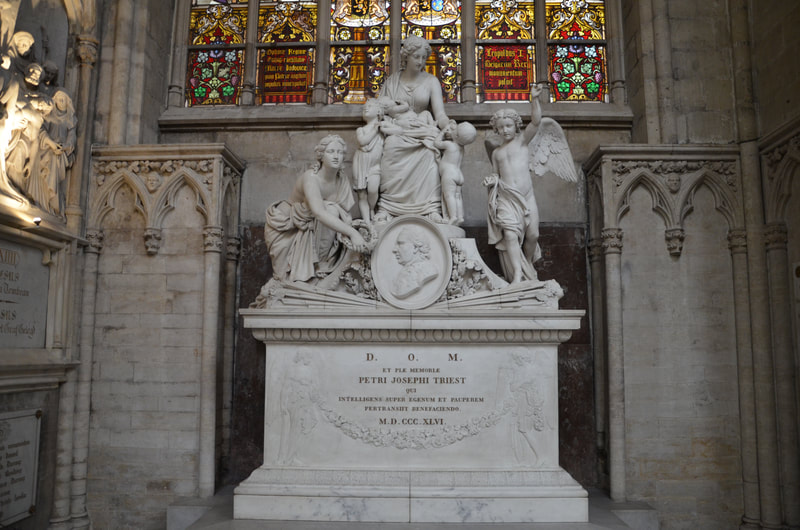