By using this site you consent to the use of cookies. Cookies can be managed in your browser or device settings. 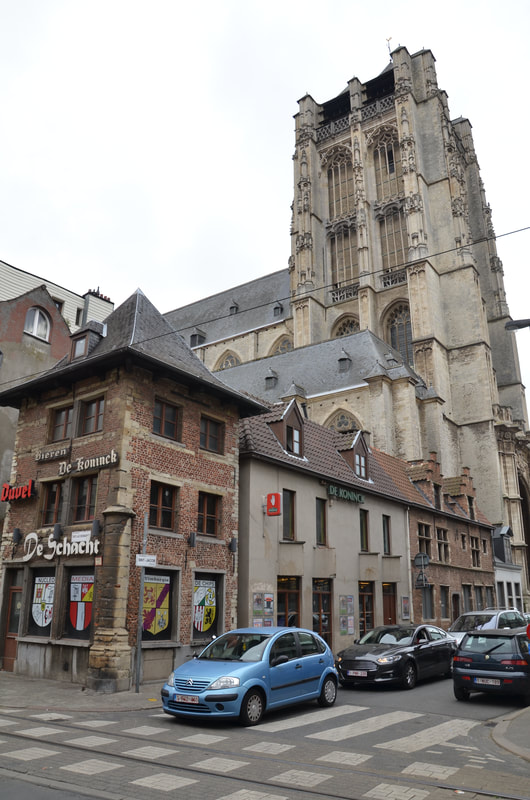 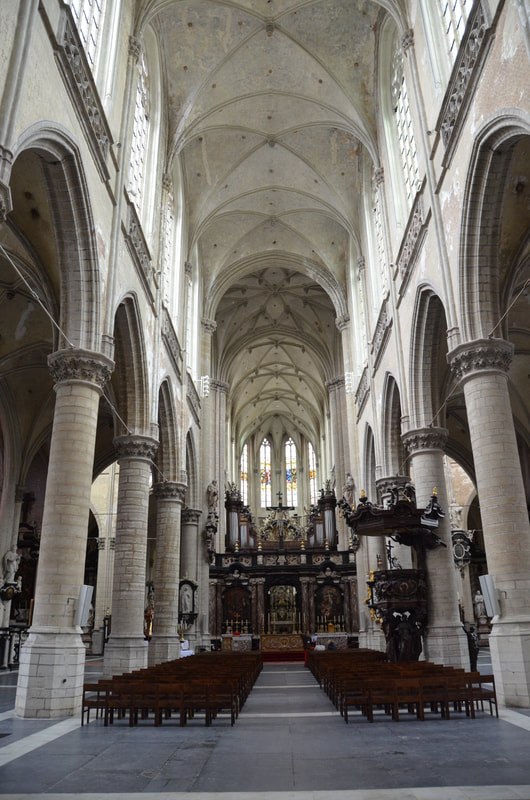 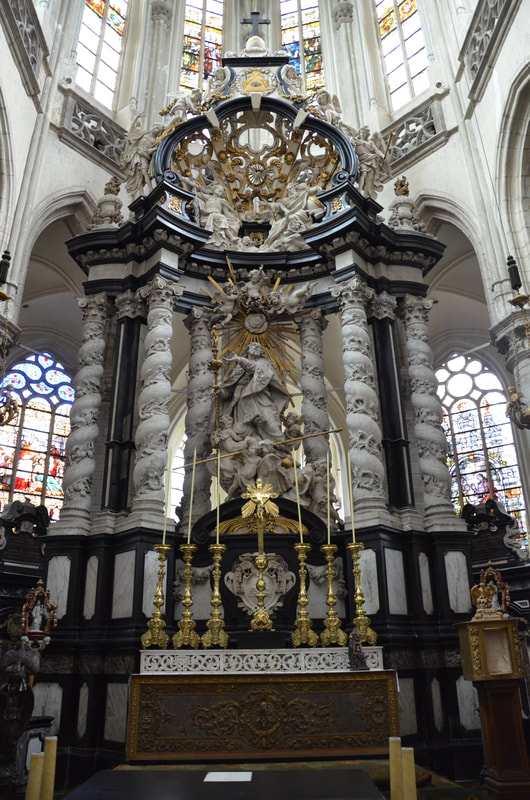 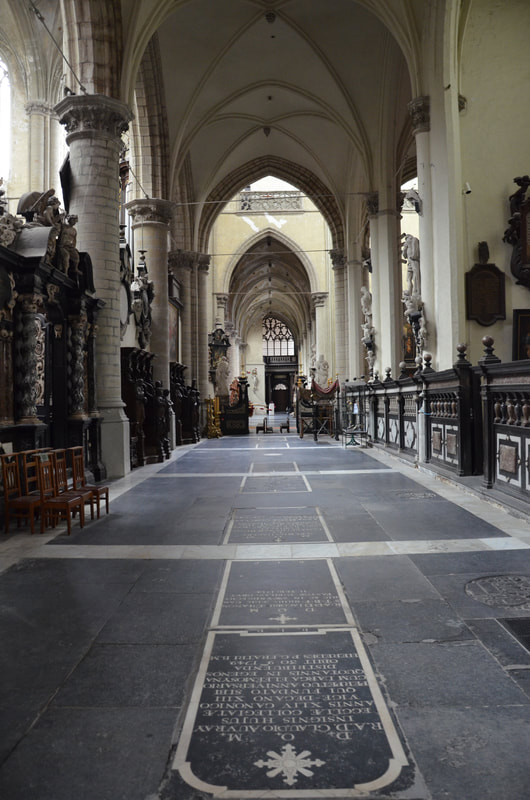 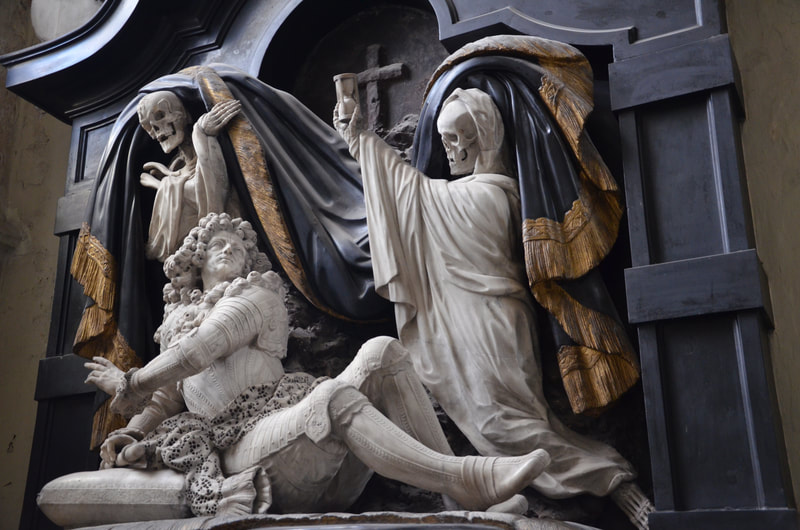 CHAPEL OF THE SACRED SACRAMENT
In the temple aren't gothic and early-Renaissance works of art. They were destroyed during two iconoclast uprisings, in years 1566 and 1581. After a period of uncontrolled destruction, which affected many churches and religious institutions, contributing to the irretrievable loss of thousands of wonderful works of art, in the year 1585 the church again returned to the hands of Catholics.
The temple boasts a wonderful collection of Baroque heritage. Above all, excellent marble sculptures, whose greatest examples can be found in the Chapel of the Holy Sacrament. A realistic altar made of marble, in 1695 year, was done jointly by W. Kerrickx and H. Verbruggen. Altar balconies are decorated with a wonderful sculpture depicting angels adoring Jesus in the form of bread and wine, and recognizing in him the true Lamb of God. Noteworthy are also magnificent stained glass windows, the work of Jan Labaer (1626). They present in a few scenes the story of Rudolf Habsburg, who lent his horse to a priest so that he could reach the dying with the Holy Communion.
High Altar
A splendid marble altar was made by A. Quellin Younger in 1685 year. At the top there is a statue of God sitting on a throne under a canopy in the shape of a large open shell from Santiago de Compostella. The canopy's construction is wooden.

On the opposite side of the altar there are wonderful organs made by the famous JB Forceville (1727). Their mechanism is working to this day. Beautiful stalls near the lectorium were created, in 1658-1670 year, by father and son, AA Quellin, and their assistants, the brothers Herry. 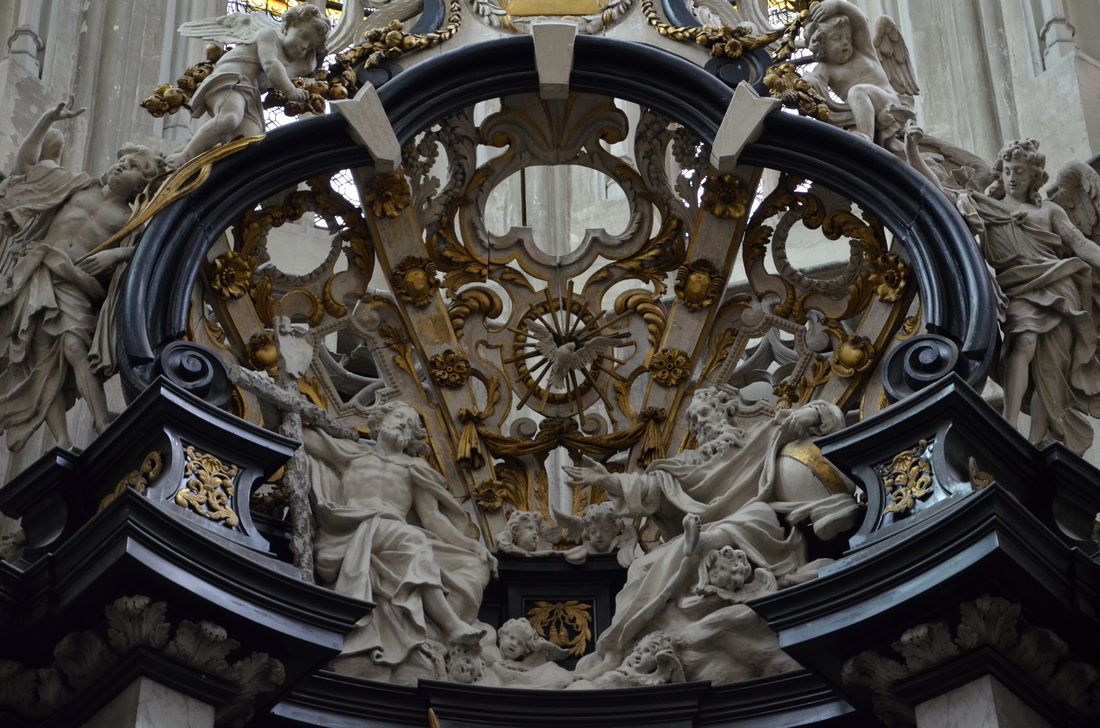 Great lectorium (1669), decorated with colorful marble, an example of pure baroque is the work of Seb. D. Neve. On both sides there are paintings: Ascension who painted TH. Boeyermans (1671), and Jesus on the cross (1670) by A.Quellin. 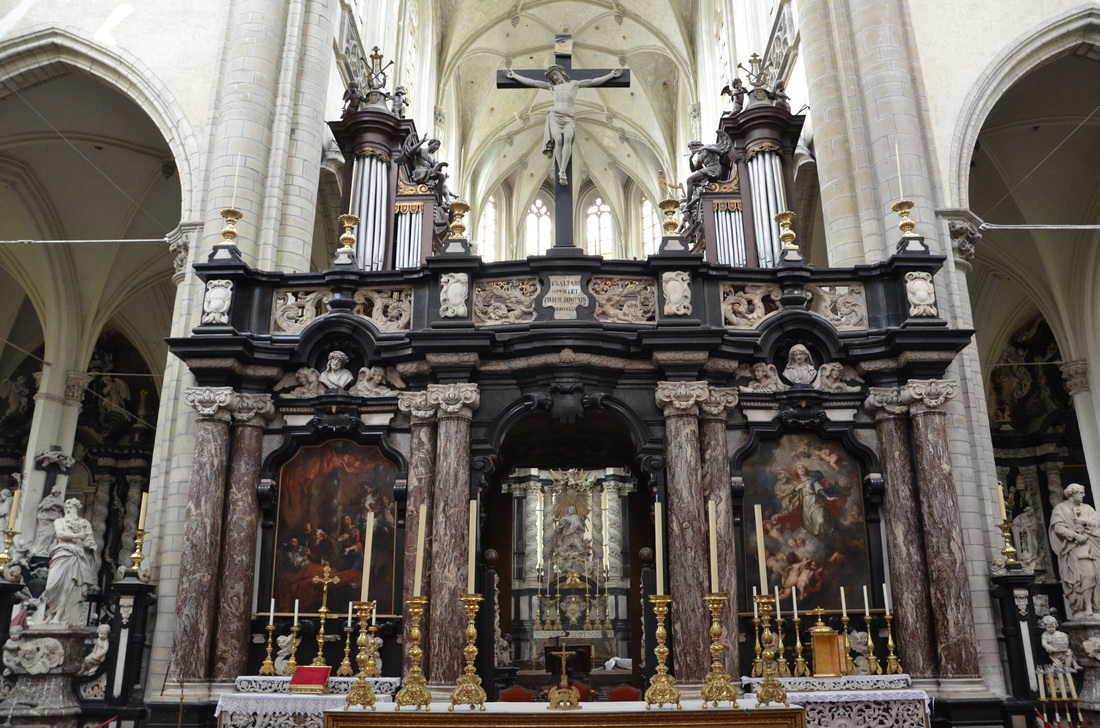 CHAPEL OF THE BLESSED VIRGIN MARY-GRAVE OF P.P. RUBENS
The enormity of this magnificent temple is also expressed by the number of columns, which are here 73. Also 23 chapels, funded by smaller guilds, make an extraordinary impression. Due to the fact that the temple became a parish church, many members of the XVII, XVIII-century bourgeoisie funded their gravestones here. The next monuments appeared in the 19th century. Rich families also bought here their resting places for their relatives. The most prominent is family of P.P. Rubens.
It is the grave of this perfect artist that is the main reason why many tourists visit this magnificent temple. The Chapel of the Blessed Virgin Mary, which is the resting place of the master and members of his family, is located in the eastern part of the church. However, the one who will expect a magnificent, monumental tombstone will be disappointed. Rubens rests in a grave covered with a marble slab of an epitaph in Latin. The sculptures decorate only the graves of his daughter and wife.   The chapel at Rubens's resting place was completed five years after his death. Its founder was Helen Fourment, the second wife of Rubens.
For those who follow the paths of Rubens, this is a must place. Other traces of his work and life can be seen in the Cathedral of the Blessed Virgin Mary, Rubens House, which today is also a museum of this magnificent painter, as well as in the church of St. Charles Borromeo, in which he designed the facade and one of the chapels. Unfortunately, the 39 paintings taken by his workshop, on the ceiling and most of the work in marble were irretrievably lost in a fire of 1718 year. Some historians also attribute Rubens the creation of a 58-metre tower of the church. 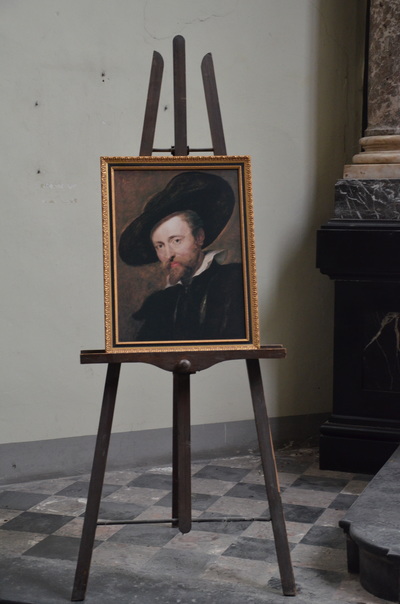 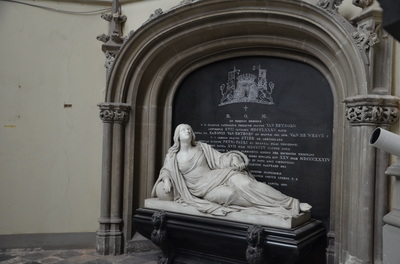 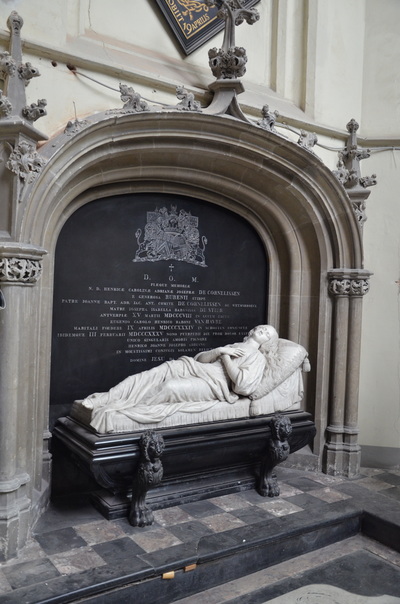 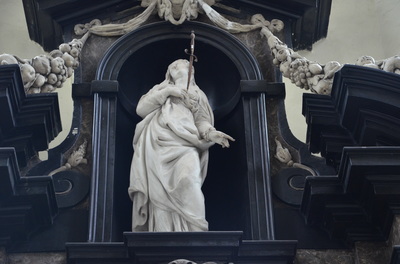 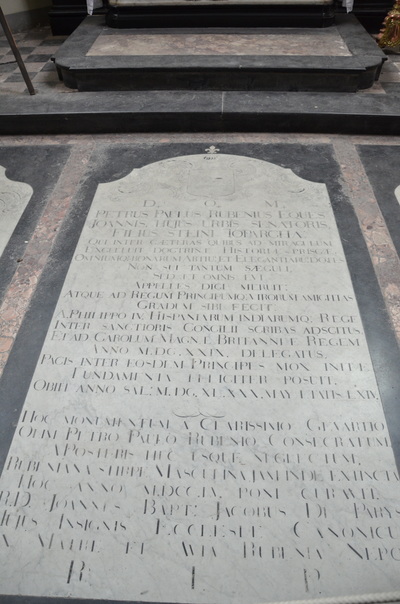 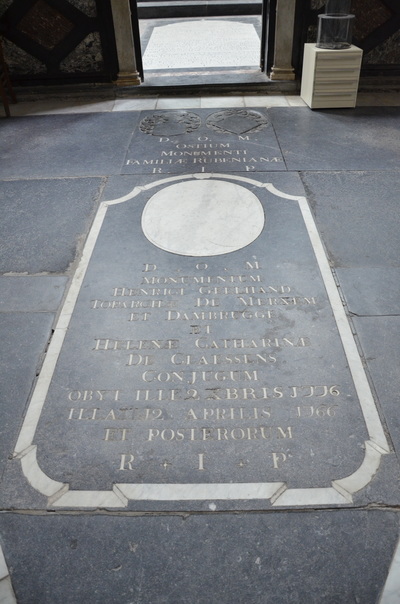 In the church of St. Jacob should also pay attention to the wonderful pulpit that Lodewijk Willemssens created in the 1675 year, the Marian chapel, the ubiquitous, epitaphic slabs on the floor, magnificent sculptures and paintings. One of the most famous is this in the chapel of the Carrena family from Meidolano, painted by the magnificent J. Jordaens.
It is worth knowing that its splendor the church of St. Jacob owes, among others, Pope Clement XI, who in the 1705 year gave him the title prestigious church, and this, that the church was one of the stops on the way of pilgrims to Santiago de Compostella. Thanks to the attitude of the priest, who pledged to be faithful to the occupants during the French Revolution, the church of Saint Jacob came out of this period virtually unscathed, unlike other temples, which were destroyed for power during the revolution. On the other hand, bombing during World War II contributed to the destruction of many magnificent stained glass windows. 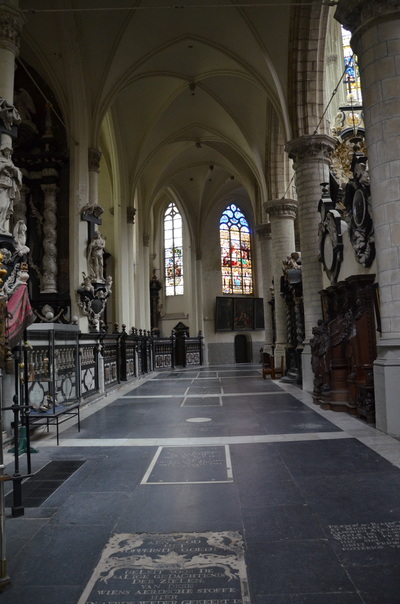 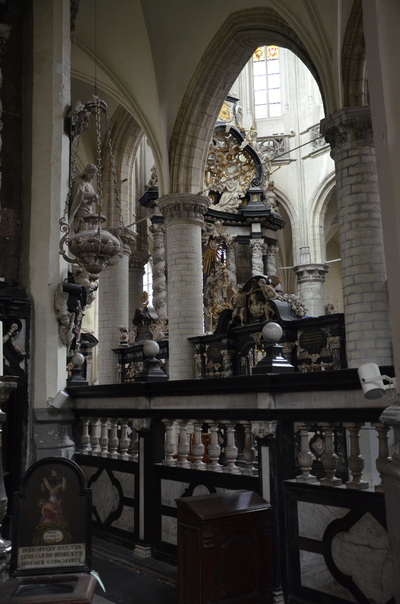 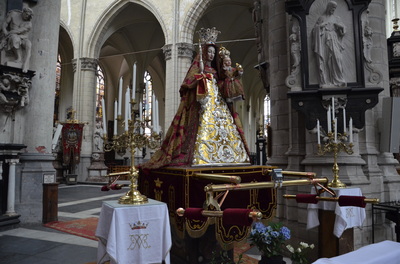 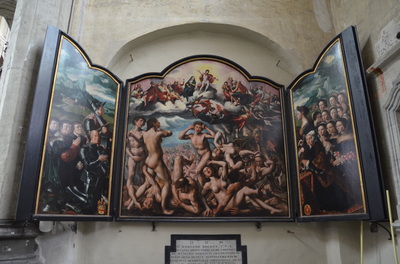 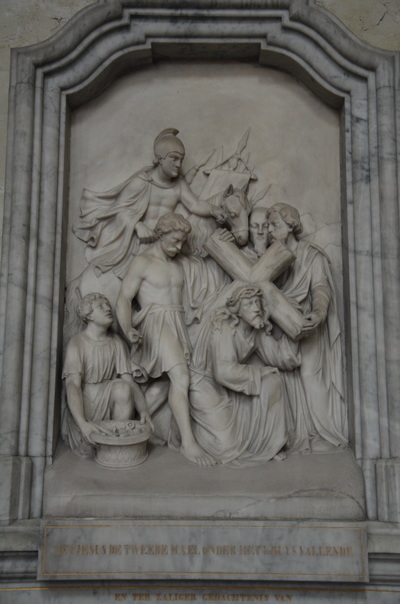 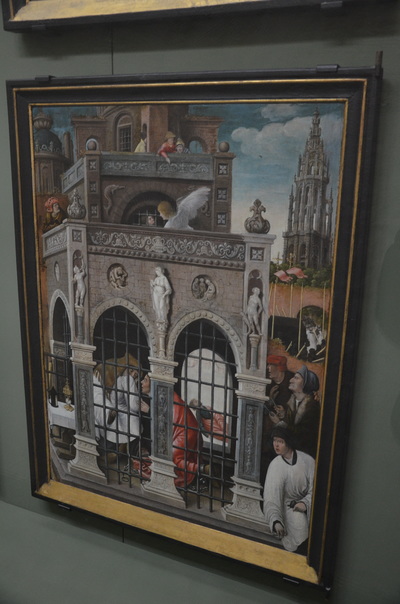 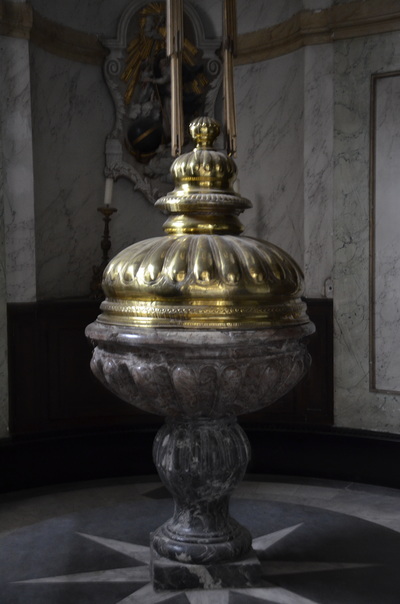 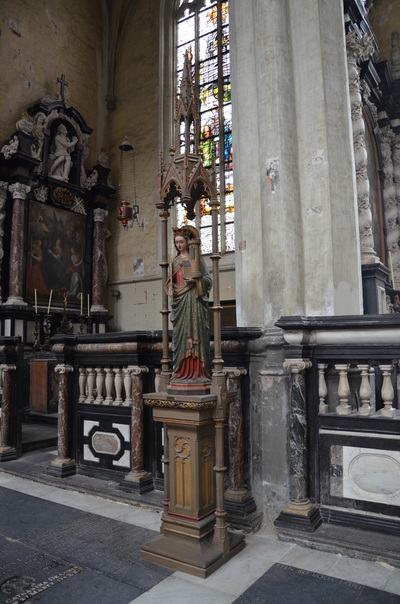 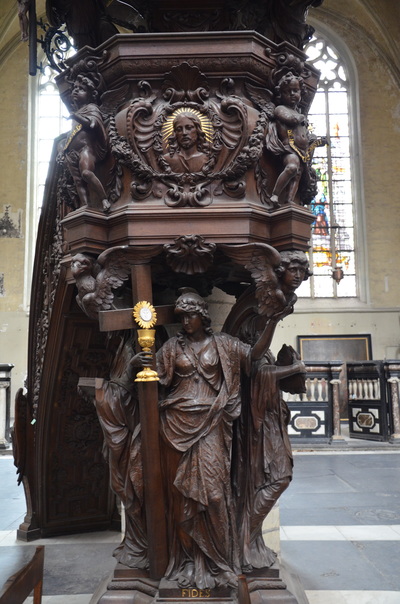 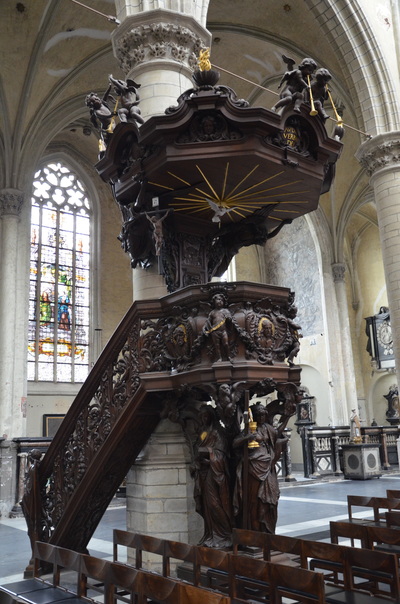 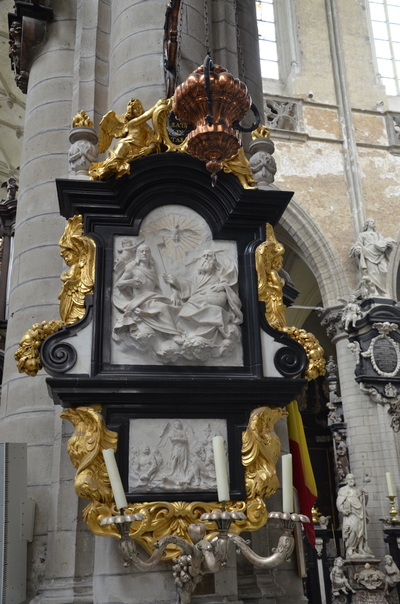 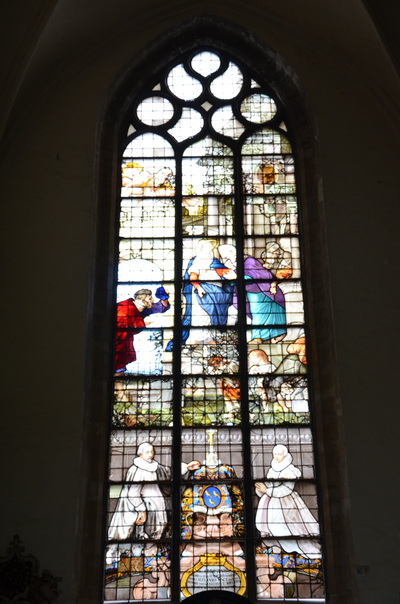