After the destruction of the church of St. Peter's, church St. Jacob became one of the seven collegiate colleges in Liege. The temple St. Jacob is a great example of the coexistence of three architectural styles. Here we can admire the Romanesque style (the remains of an old Romanesque, 12th-century, the buildings were preserved in the front of the temple), the Gothic style (in which most of the church was built), and the Renaissance style (in 1558 a Renaissance portal was created, designed by Lambert Lombard ). 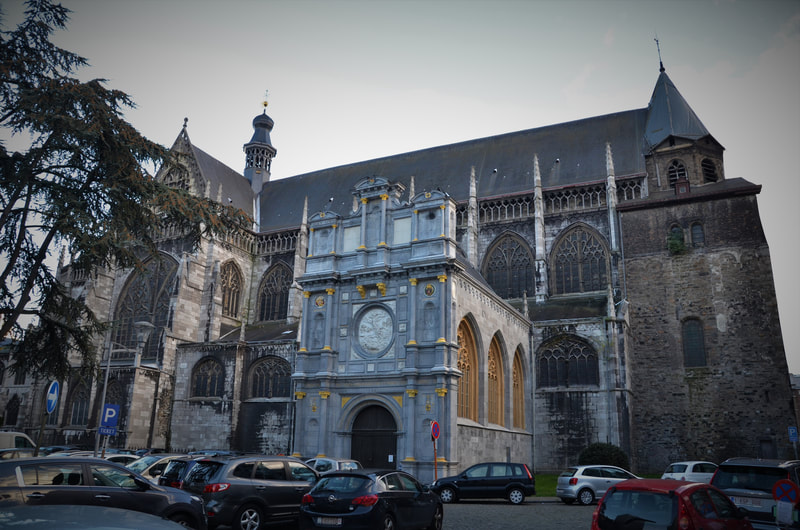 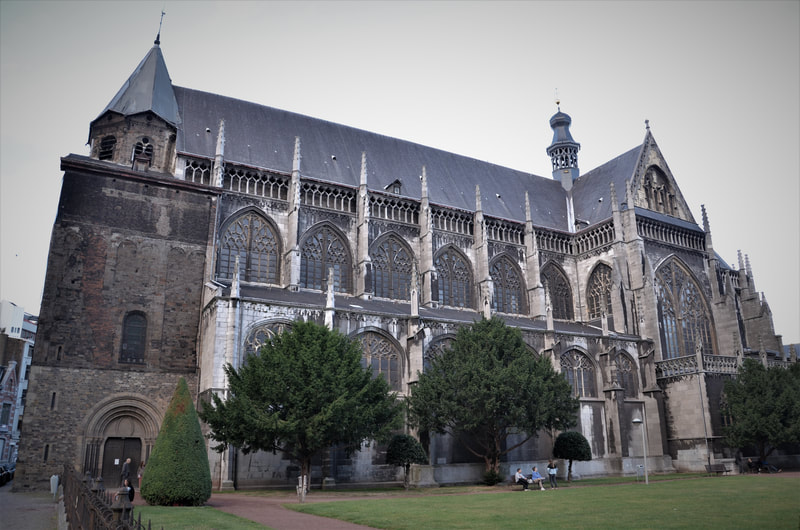 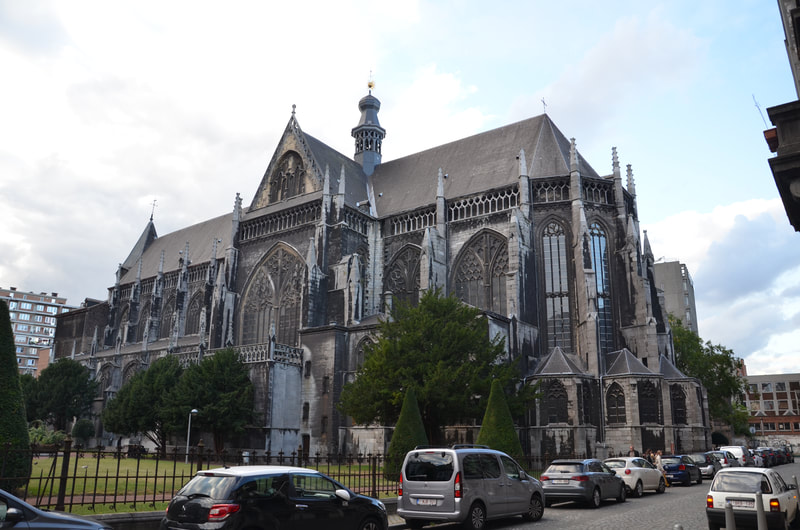 The turret (small tower on the top of the church roof) dates from 1653. In the nineteenth and twentieth centuries a lot of changes were made to the church, especially the demolition of monastery buildings in 1873 a year.
The interior of the church is impressive. Here we can admire some of the most beautiful 16th-century stained glass in Belgium (1525-1530). They are not only religious, but also secular. In addition to biblical characters, secular motifs also appear here, such as the 32 emblems of guilds existing in Liege. In the transept, on the left side of the choir, there are two stained glass windows from the late nineteenth century. Bottom it death of the Virgin Mary , top Rapture . 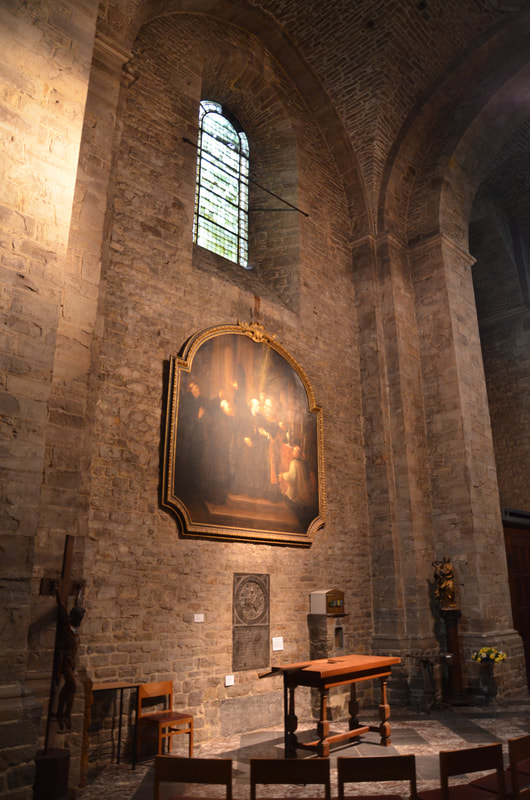 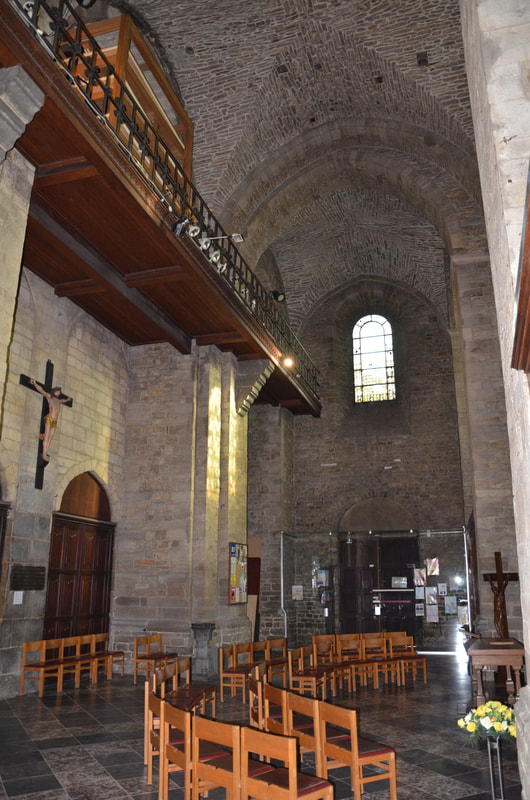 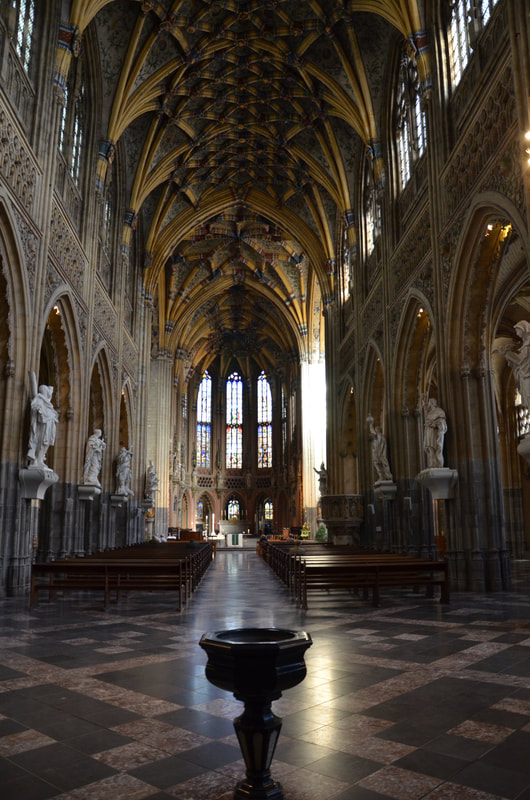 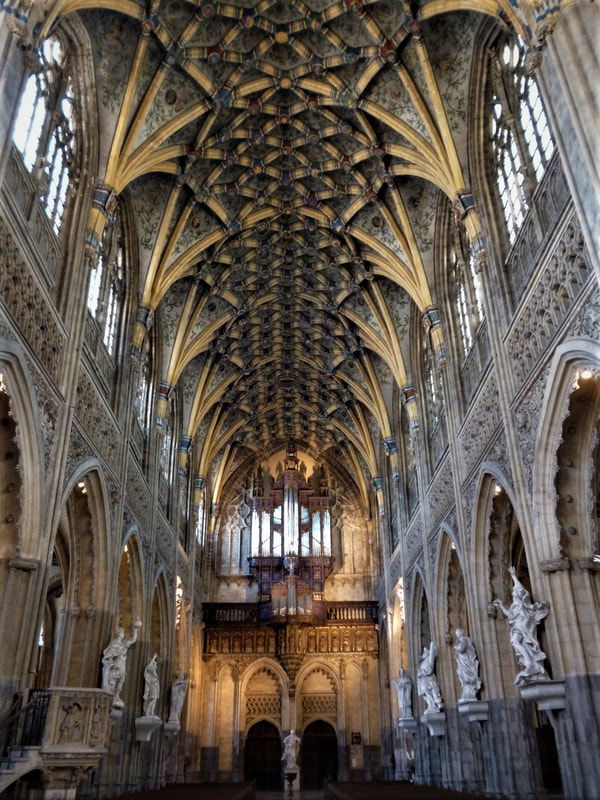 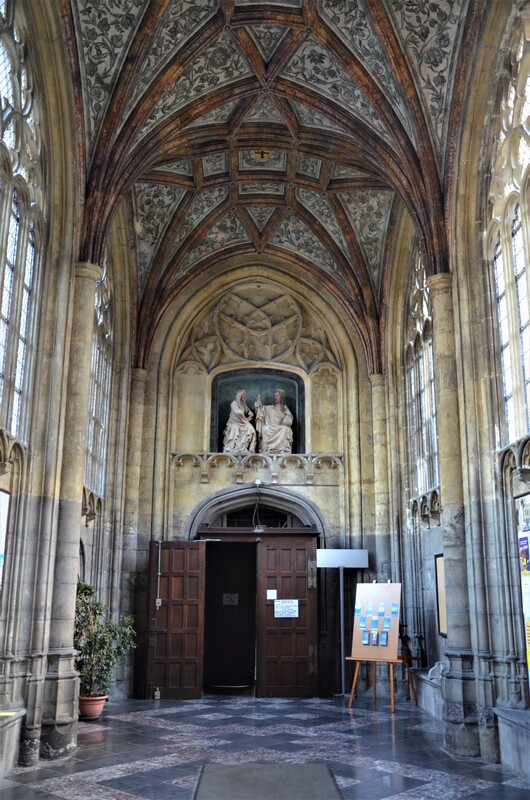 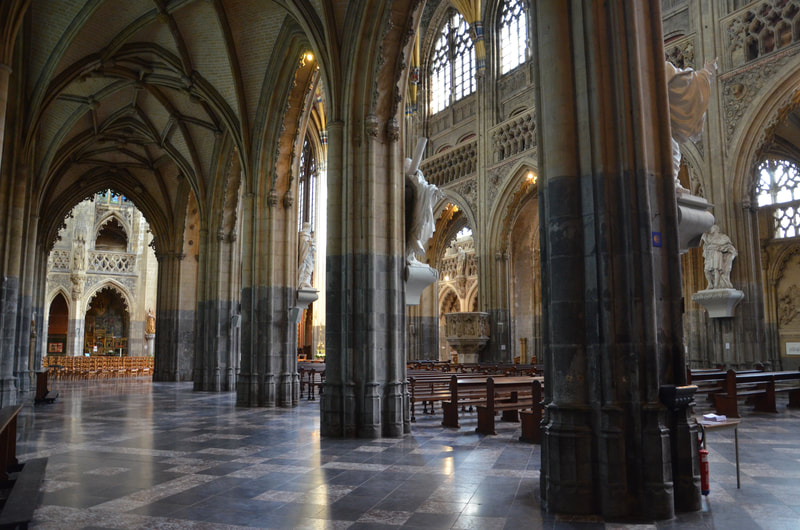 The temple is decorated with magnificent Baroque sculptures by the 17th-century sculptor from the Liege region of Jan Del Cour. It is also worth paying attention to the beautiful, painted church vault. Details on the vault of the nave were painted in the years 1535 and 1537. The treasures of the temple also include monumental organs built in 1600, as well as 14th-century stalls.   Pieta from multi-colored sandstone, depicting the Holy Mother holding the dead Christ on her knees, dates from the 16th century. This sculpture was originally created for the Saint-Remy parish church, demolished in 1799 year, where it was worshiped. 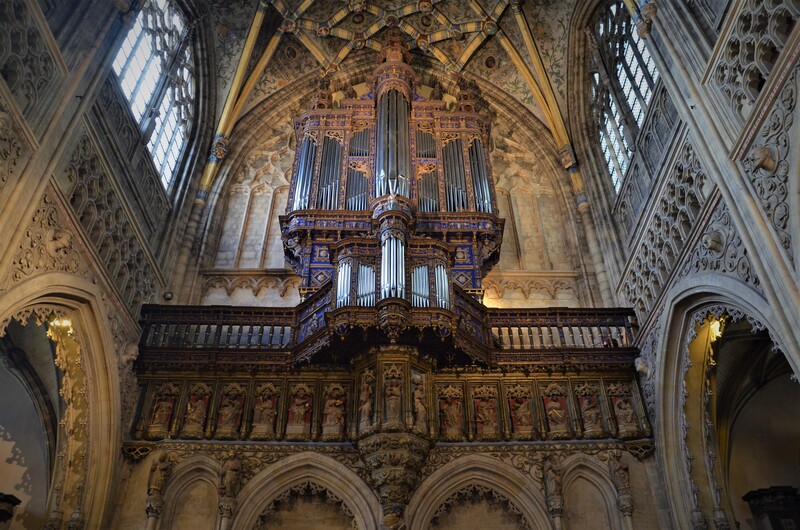 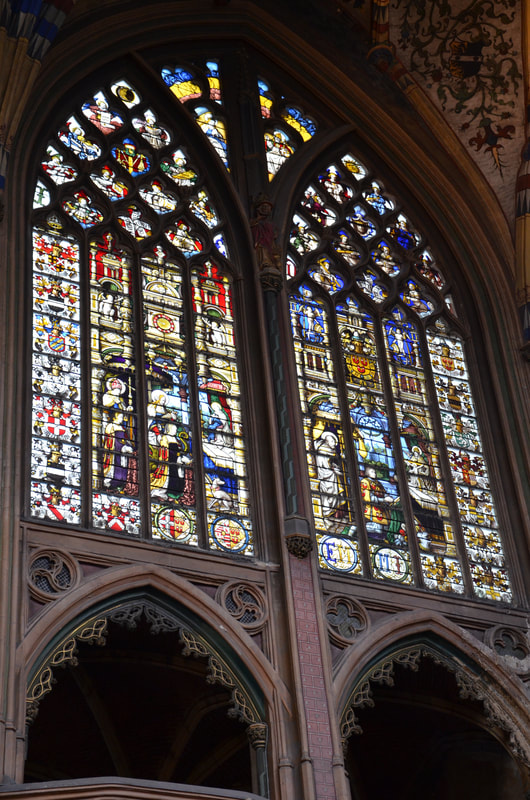 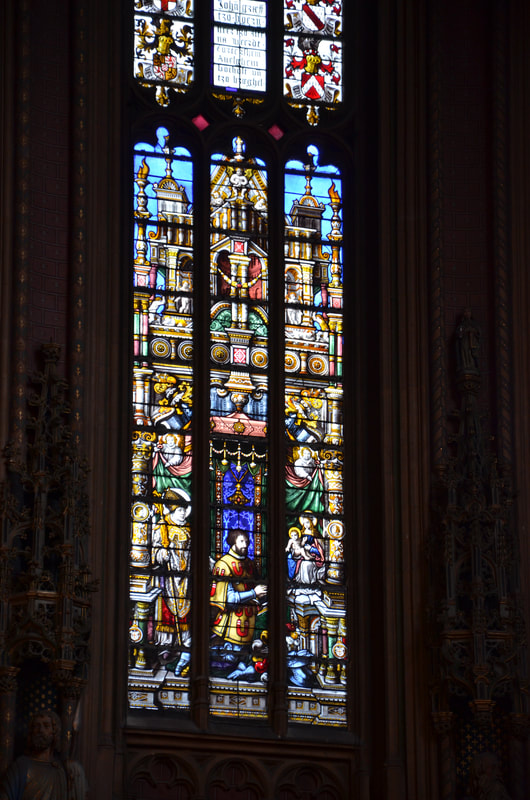 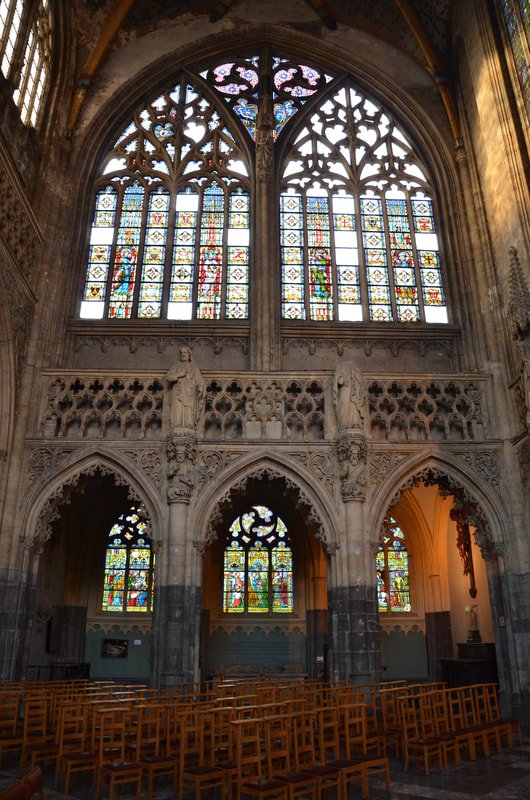 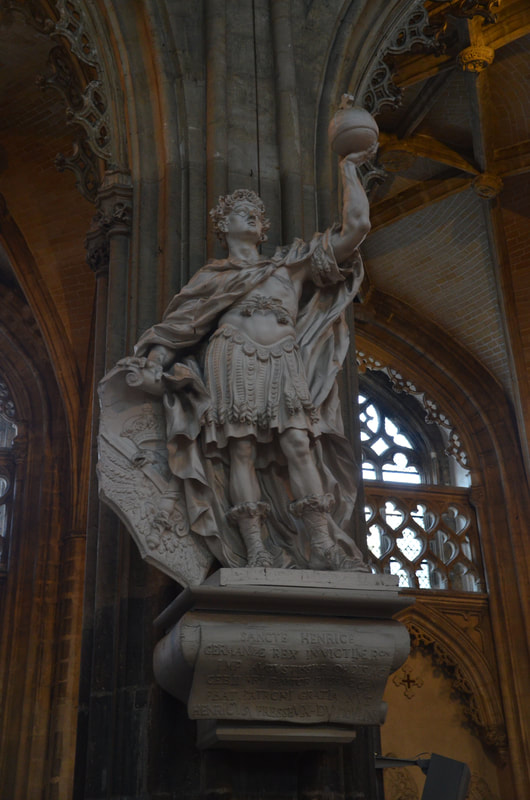 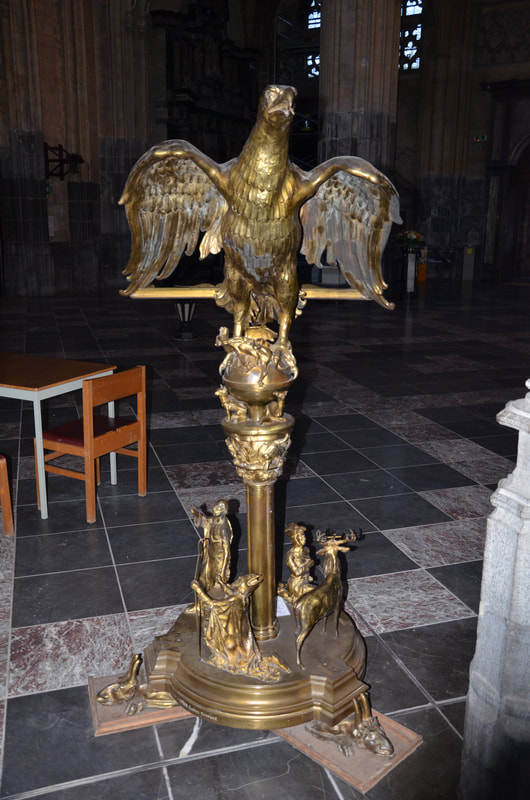 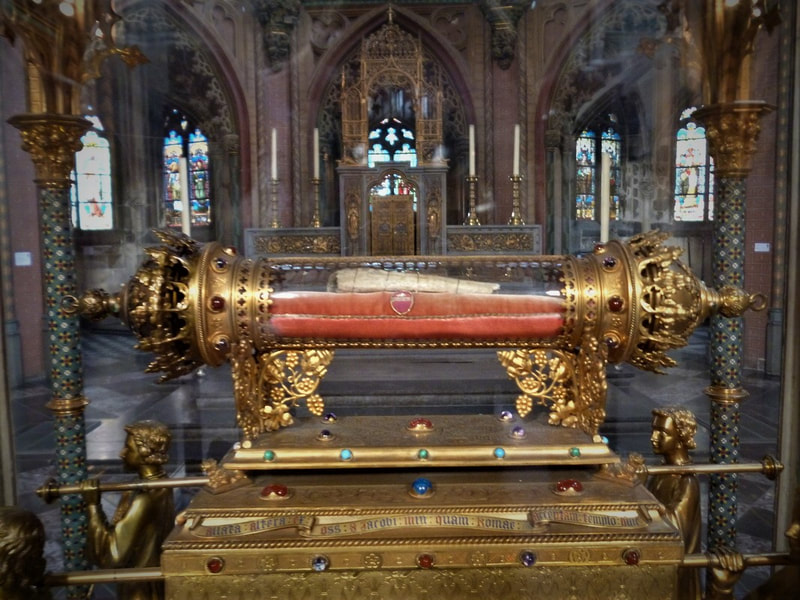 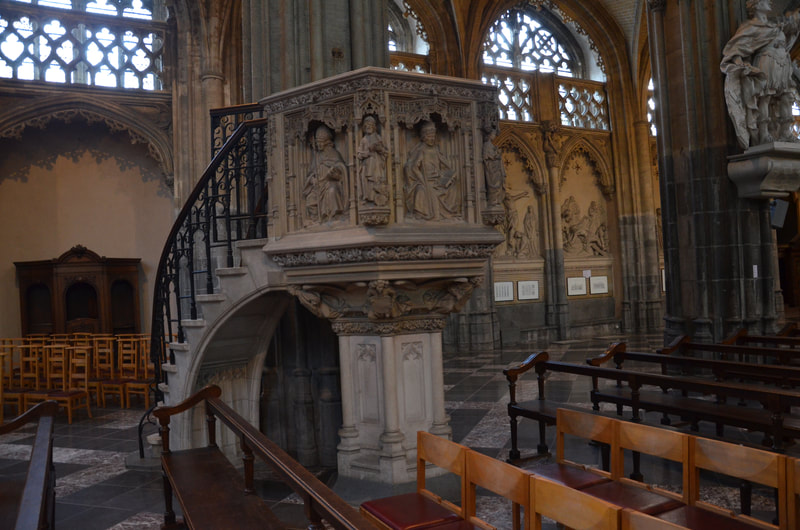 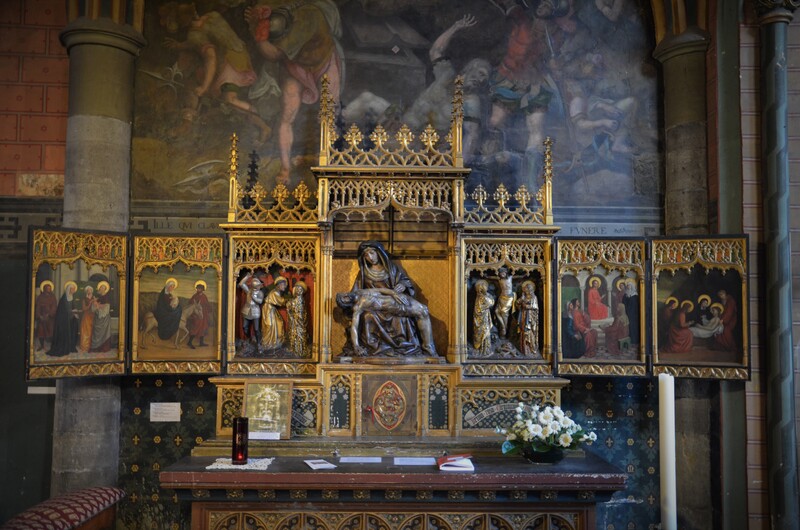